The Winter Olympics, like the US presidential, takes place every four years and for almost three weeks the world has the opportunity to turn their attention to the real heroes of the day - the athletes who train their whole lives to represent their countries in the Olympic Games.

While it does not provide a complete reprieve from politics, it is one of the rare occasions when even world leaders agree to stand down, if only temporarily, from the adversarial tensions of the day. 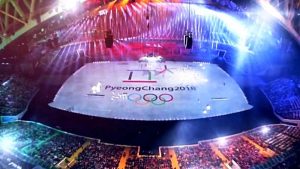 This year's games, held in PyeongChange, South Korea, are a true test of that resolve. When the 2018 site was chosen in 2011, few would have expected the current extreme tensions between the United States and South Korea's longtime waring neighbor, just 50 miles to the north.

The much-needed breather comes as the escalating twitter wars between US President Donald Trump and North Korea's authoritarian leader Kim Jong Un have exacerbated the public's rising fear of a nuclear attack, as exemplified by the recent false missle alarm in Hawaii.

Although North and South Korea have technically been at war for 60 years, North Korean athletes will be participating in the competition and their government will be represented at the games by Kim's sister, Kim Yo Jong. Vice President Mike Pence is representing the US at the Olympics.

Originally inspired by the ancient Greek games, the Oympics are divided into summer and winter competitions which are held two years apart, every four years.  The first Winter Olypics were held in 1924 in Chamonix, France.

The Opening Ceremonies for the 23rd Winter Olympics will air tonight at 8pm, officially kicking off the 17-day international ice and snow sporting competition. 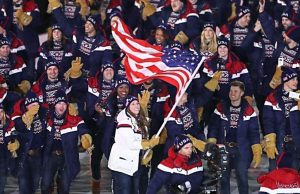 A total of 2,952 athletes from 92 countries will compete in 102 events across seven sports and 15 disciplines.

Perspective
Olympic athletes were the heroes of my childhood and the 2018 games are an opportunity for all to pay tribute to these tireless athletes and to remember the pride we feel in our country.

Take a moment to tune in, be inspired and put the politics of life in perspective!

The Games
South Korea is 14 hours ahead of the Eastern time zone.

Help DemList keep you informed with a contribution today!