Since the Olympic Games started last Friday, Congress passed a budget deal after a five-and-a-half hour government shutdown, the President blocked the Democratic response to the Republican Russia investigation memo, and two White House staffers have resigned amid scandal and rumors of firings abound.

Rather than report on the details of a normal weekend under the Trump Administration, however, we are punting to the achievements of our USA athletes in South Korea - plus a little political history!

Now, for the history buffs, a few former Olympians who channeled their athletic energy into politics. 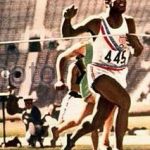 Past Stars: Olympians Turned Politicians
Democrats have been well-represented in this category. 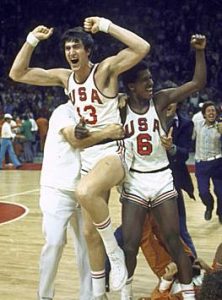 Two-time Olympian Ralph Metcalfe won gold, silver & bronze medals in both Los Angeles in 1932 and in Berlin in 1936, including Metcalfe's historic part in the gold medal-winning 4x100 relay team.

Metcalfe represented the South side of Chicago on the city council from 1955-1970 before being elected in 1971 to the US Congress from Illinois, where he served until his death in 1978.

Maryland native Tom McMillen was on the cover of Sports Illustrated in high school,
played at the University of Maryland, in the NBA, and on the 1972 Olympic basketball team.

McMillen was elected to Congress in 1987 and served three terms before losing his seat to redistricting.  In 1993 President Clinton appointed him, along with Olympic gold medalist Florence Griffith Joyner, as Co-Chair of the President's Council on Physical Fitness. 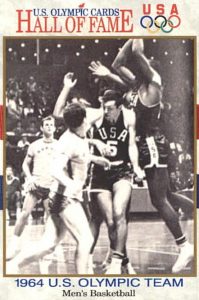 Bill Bradley played basketball at Princeton, internationally, and pro-ball with the New York Knicks before winning the gold in the 1964 Tokyo Olympics. He was elected New Jersey's US Senator in 1978, serving for 20 years before his unsuccessful 2000 bid for president.

Republicans that made the leap:
Bob Mathias won Gold for the Decathalon in 1948 London & 1952 Helsinki Olympics and served in the California Senate in 1966-1978. Former US Senator from Colorado Senator Ben Nighthorse Campbell (D turned R) captained the 1964 Olympic Judo Team. 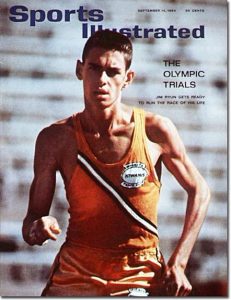 The 2018 Olympics Medal Count!
DemList will provide a current top (5) medal count at the end of each Dailythrough the Olympics.

Help DemList keep you informed with a Contribution today!

September 6, 2019 On August 29th, the National Weather Service issued an update on the path of Hurricane Dorian. Alabama was not in the five-day cone. On September 1st, President Donald Trump...