The 2022 primary season kicked off in full force yesterday with contests in Ohio and Indiana.

The elections mark the first major test of former President Donald Trump's influence going into the 2022 midterms. The month of primaries ahead are expected to provide a preview of where the parties may be heading in November's midterm elections. 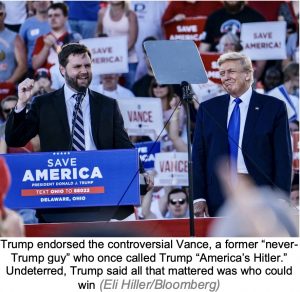 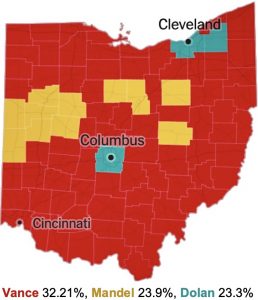 While Vance's victory clearly puts one in the win column for Trump, the late surge of Dolan, the only anti-Trump candidate in the race, suggests that almost a quarter of GOP primary voters clearly sought an alternative to Trump's Big Lie.

One month prior to Trump's May 15th endorsement, Vance trailed Mandel and Gibbons by double digits and was just a few points ahead of Timken, who had the endorsement of moderate incumbent Portman, and Dolan.

The fact that, all told, nearly 68% of Republican primary voters opted for other candidates, gives Democrats hope of splitting off swing voters in the battleground state.

Vance will face 10-term Congressman Tim Ryan, who easily swept the Democratic primary with 69.7% of the vote to Morgan Harper's 17.7%, and Traci Johnson's 12.6%. 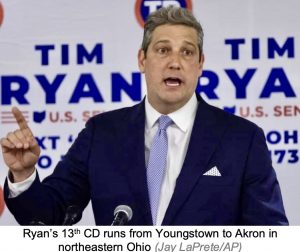 Vance's notoriety further elevates the national profile of the match, in what promises to be one of the most expensive Senate races in the country. The primary broke state records for fundraising with over $50 million raised among the candidates as of April 13, 2022, including self-financing, which accounted for 71% of the GOP totals. 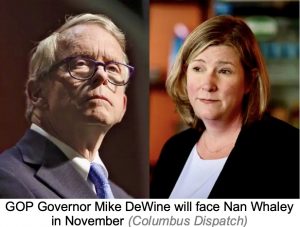 Trump did not get involved in Ohio’s GOP gubernatorial primary, despite the engagement of his former campaign manager, Brad Parscale, as Renacci's top adviser.

DeWine will face former Dayton Mayor Nan Whaley, who defeated former Cincinnati Mayor John Cranley 65% to 35% to become the first woman ever nominated by a major party for Ohio governor.

Although generally regarded as an uphill challenge, the race could move to the competitive category if Democrats are able to capitalize on a state Republican Party still reeling from the massive 2020 corruption scandal that toppled the Speaker of the GOP-controlled State House. 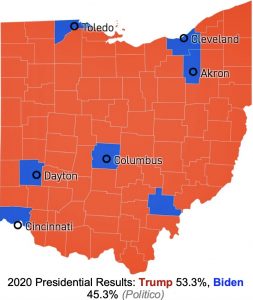 Also yet to be determined is the effect of this week's leaked Supreme Court draft opinion overturning Roe v Wade on the general election. It may, however, have already played a role in the Democratic primary.

Whaley used news of the leaked opinion to appeal to voters on election day, saying, “It has never been more important to elect a genuinely pro-choice candidate to be Ohio’s next governor." Whaley's opponent, Cranley, started his political career as a "pro-life Democrat," but switched his position in 2014. Polls going into the primary showed Waley and Cranley within ten points of each other.

DeWine has called himself “the most pro-life governor in Ohio history,” and Ohio plans to reinstate the "heartbeat bill" if Roe is overturned.

According to a 2019 Quinnipiac University poll, 61% of Ohio voters agreed with the Roe v. Wade decision while 32% opposed it. 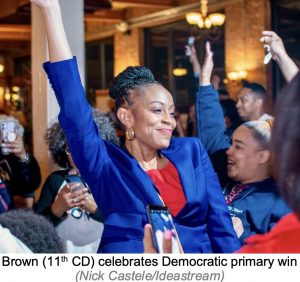 In a seat the GOP hopes to flip, J.R. Majewski, who twice painted a 19,000-square foot Trump banner on his lawn, will be taking on longtime Democratic Congresswoman Marcy Kaptur in the newly redistricted 9th District.

December 10, 2020 New Cabinet members continue to roll out as Americans look to the leadership of those who will help President-Elect Joseph Biden rebuild our country. This morning the...

January 4, 2021 The 117th Congress was sworn in yesterday, January 3rd, kicking off a dramatic week of events that will include the runoff elections in Georgia Tuesday and a joint session...