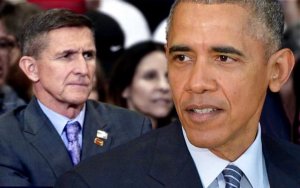 Former President Barack Obama, who has stayed largely in the shadows during the Trump administration, emerged in full last week with comments, weighing in on the 2020 election, Trump's handling of the COVID crisis, and on Attorney General William Barr's decisions to drop criminal charges against former Trump national security adviser Michael Flynn.

The comments, made in a May 8th, 30-minute private web conference with members of the Obama Alumni Association, were first reported by Yahoo News, which obtained a recording of the call.

By way of example, Obama pointed to the Trump administration's disastrous mismanagement of the coronavirus crisis, and its effect on the worldview of America: "...we're seeing that internationally as well. It's part of the reason why the response to this global crisis has been so anemic and spotty. It would have been bad even with the best of governments. It has been an absolute chaotic disaster when that mindset - of 'what's in it for me' and 'to heck with everybody else' - when that mindset is operationalized in our government." 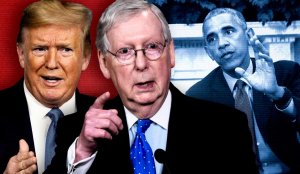 It was his comments about the downplaying of Department of Justice's (DOJ)  dropping charges against Michael Flynn, however, that most irked Republicans and Trump.

On Thursday, May 7th, under the direction of AG Barr, the DOJ filed a request in DC District Court to drop the criminal charges against Flynn, who was at the center of the 22-month investigation by special counsel Robert Mueller, and who confessed to "willfully and knowingly" making false statements to the FBI.

Barr's decision shocked DOJ prosecutors who had worked to convict Flynn, and who refused to sign Barr's request and withdrew from the case. It also prompted a letter, signed by over 1,900 former Justice Department employees, to call for Barr's resignation, saying, "Our democracy depends on a Department of Justice that acts as an independent arbiter of equal justice, not as an arm of the president's political apparatus."

The highly irregular move by Barr to dismiss charges against a defendant who had pleaded guilty, however, prompted U.S. District Court Judge Emmet Sullivan to put a hold on DOJ's actions and appointed a third party, former Judge to oversee a hearing on the merits of the decision. 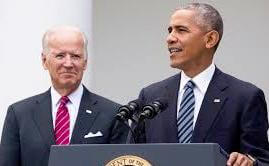 Obama: Dedicated to "campaigning as hard as I can for Joe Biden" (CNN)

Obama's sharp rebuke of the Trump administration departs from the traditional practice, to which Obama has adhered, of former Presidents not commenting on the actions of current occupants of the White House.

With less than six months until the presidential election, however, and having publicly endorsed presumptive nominee Joe Biden four weeks ago, it appears he is ramping up his role.

For that, we are grateful.

July 6, 2017 The Trump Administration has set off yet another public firestorm with last week’s request from the newly formed Presidential Advisory Commission on Election Integrity. Despite...