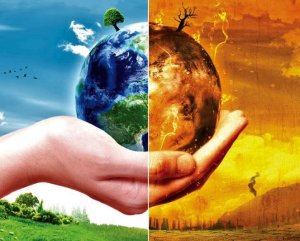 In late March, on NBC News, Environmental Protection Agency Administrator Andrew Wheeler stated that "most of the threats from climate change are 50 to 75 years out."

Wheeler's claim directly contradicts the body of reputable scientific evidence, including the Trump administration's own recent National Climate Assessment (NCA), which details the current severity of the climate crisis.

The NCA, authored by scientists from 13 federal agencies including the EPA, found "Earth's climate is now changing faster than at any point in the history of modern civilization, primarily as a result of human activities," and that there is "significant, clear, and compelling evidence that global average temperature is much higher, and is rising more rapidly."

These phenomena not only include the increased temperature trends described in global warming, but also encompass consequences such as sea level rise from melting of the polar ice caps, and extreme weather events such as hurricanes and fires.

*  Since 1970 the Earth has experienced the warmest years on record, and the past five years have been the hottest since records began in the late 1800s.
*  Since the 1960s, sea level rise has increased high tide flooding by a factor of 5 to 10 for several US coastal communities.
*  In 2018, US catastrophic climate disasters killed at least 247 people and cost an estimated $91 billion.
*  Climate change now threatens one million plant and animal species with extinction within decades.
*  Last weekend, researchers at Hawaii's Mauna Loa Observatory recorded new carbon dioxide levels at the highest they have been in three million years. 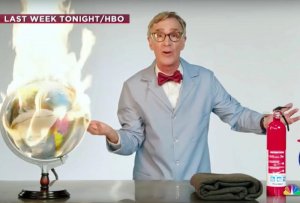 The news was too much for Bill Nye, the legendary former host of "Bill Nye The Science Guy." His live action science program ran for five seasons through 1999 on Walt Disney Television and PBS, and won 19 Emmy Awards.

On Sunday night, on Last Week with John Oliver, Nye departed from his usual kid-friendly format to drive home the urgency surrounding climate change. The video speaks for itself.