While US citizens brace themselves for the outcome of the controversial tax bill just passed by the US Congress, and headed to President Trump's desk for signing, the already battered US territory of Puerto Rico is reeling from news that companies operating on the island will be subject to the new 12.5% tax on profits derived from foreign corporations.

Consequently, under the current tax code the island is treated as both a domestic and foreign entity. Products produced in Puerto Rico are considered made in America, but the producers, or companies, are given tax breaks like those granted to foreign companies. 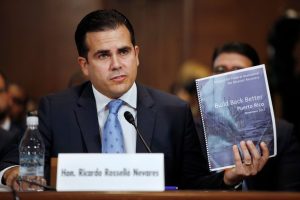 The Trump Administration claims the shift in the tax law, which includes patents and design rights, is aimed at motivating companies to move their business back to the US.

But detractors say the law would deter businesses that can instead turn to other countries that offer lower tax rates - further crippling an economy already devastated by last summer's hurricanes.

Puerto Rico was all but wiped out by Hurricanes Irma and Maria, causing the largest power outage in American history with total damages estimated at $95 billion. Over 30% of the island is still without electricity.

In October Congress voted to provide funding for rebuilding infrastructure, and up to $4.9 billion in loans to help the island's government, but the Trump Administration's handling of the recovery efforts has received widespread criticism -- further compounded by the President's comments after the crisis, which included accusing Puerto Ricans of criminal mismanagement and threatening to cut aide following a twitter war with the Mayor of San Juan.

Puerto Rico's Governor, Ricardo Rossello, decried the tax bill, saying it was "unconscionable that Congress would do this at this juncture," and is encouraging the 5.3 million Puerto Ricans living on the US mainland to take revenge at the ballotbox in November on Republicans who voted for the bill.

Although some GOP lawmakers scrambled to introduce compromise legislation that would offer separate tax relief for companies creating jobs in the island's low-income areas, there is no guarantee of passage. 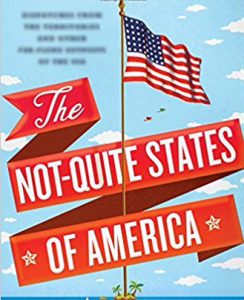 In addition to the corporate tax, the GOP bill also failed to apply a new $2,000 child tax credit to Puerto Rico residents, an oversight which Senator Marco Rubio (R-FL) dismissed as a disappointing "glitch in the law" they would try to rectify.

If the current Congress is not watching out for Puerto Rico's best interests, we can only hope that the voters will.

November 16, 2018 Every few months we like to do a humor roundup, as a reminder there are still reasons to laugh. Stephen Colbert The president’s anger over his loss has reportedly seen him...

May 16, 2018 Four state primaries were held yesterday in Idaho, Nebraska, Oregon & Pennsylvania, advancing the wave of female office-seekers, and progress for progressives over...