There are four special elections on the calendar in 2018 and the contest to replace Republican Tim Murphy in Pennsylvania's 18th Congressional District is heating up. 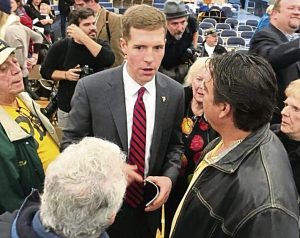 Murphy, a conservative and avid prof-lifer, was elected in 2002 with 60% and was unopposed in his last two re-elections.  He resigned, however, in October, 2017 after reports he encouraged a woman with whom he had an extramarital affair to have an abortion.

A special election was called for March 13th, and the candidates, Republican Rick Saccone and Democrat Conor Lamb, were chosen at their respective party conventions in November (as opposed to the more common primary election process).

Lamb, 33, is a Marine Corps Officer and former Assistant United States Attorney for the Western District of Pennsylvania under Obama.

Saccone, 60, is a former Air Force Intelligence Officer, four-term State Representative and Trump ally.
Drew Gray Miller, former Legal Counsel to the Majority Whip of the Pennsylvania Senate, will also be on the ballot as the Libertarian candidate.

While the groundwork for discontent may have been laid by Incumbent Murphy's part in the predominantly Republican wave of resignations over sexual misconduct allegations, voter dissastisfaction with the White House is unquestionably in play. 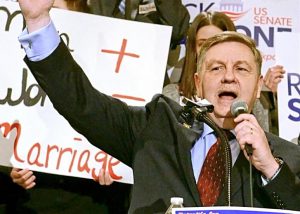 The numbers also follow the voter performance pattern of three of the 2017 special elections, where each of the Democratic candidates came within 7% points of winning in traditional Republican or "red" districts where Trump beat Clinton last November by 18% or more.

The 18th CD race is one of four special elections scheduled for 2018, along with Ohio 12 (General: August 7th), Michigan 12 (General: November 6th) and Arizona 8, which held its primary election yesterday, and where Republican nominee and former State Senator Debbie Leskoe and Democrat nominee Dr. Hiral Tipirneni will now be facing off in the General election April 24th. 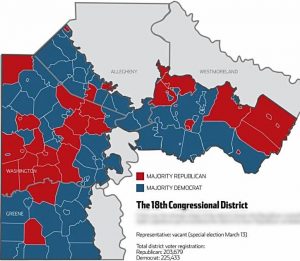 On February 19th, following a lengthy legal battle over Pennsylvania's current congressional district map, drawn in the 2011 redistricting, the Pennsylvania Supreme Court released a newly redrawn map -- to go into effect immediately for the 2018 elections.

The March 13th Special Election will be held for the current, 2011-drawn seat, which includes portions of Greene, Washington, Allegheny and Westmoreland Counties.

The winner of that contest, however, will then have to run for re-election in the court's newly drawn district on November 6, 2018 - which is comparatively more favorable for Democrats.