The presidential primary season is over, but there are still six regularly-scheduled state primaries or runoffs for statewide, congressional and/or legislative races between now and the end of the year.

In addition to yesterday's state primary run-off in Oklahoma, there is next Tuesday's high-profile US Senate primary in Massachusetts, followed by state elections in New Hampshire, Rhode Island, Delaware and Louisiana. 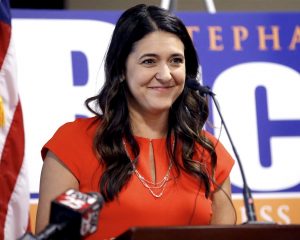 OKLAHOMA
The focus on Tuesday was on the Fifth Congressional District Republican Primary Runoff to determine who will take on vulnerable incumbent Democratic Congresswoman Kendra Horn.

In that contest State Senator Stephanie Bice, beat businesswoman and Trump Small Business Advisory Council Co-Chair Terry Neese, 52.9% to 47.1%. Although Neese had the endorsement of the conservative Club for Growth, which poured nearly $1 million into her candidacy, Bice, while still a strong Trump supporter, prevailed on a slightly more moderate message that better positioned her to take on Horn in the general election. Bice, nevertheless, would enter Congress as a conservative within her party.

"Stephanie is a proven conservative who is committed to defending our Second Amendment rights, protecting the unborn, and standing up for Oklahoma's taxpayers."
-- Former US Senator Rick Santorum (PA), in his August 6th endorsement of Bice

Horn, however, began running for reelection the day she entered Congress in January of 2019, having unseated a two-term Republican in a district Donald Trump won in 2016 by 13.4%. 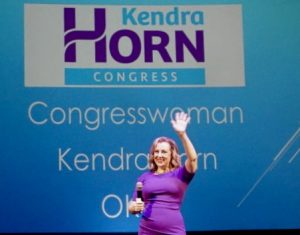 An attorney and co-founder of Sally's List, which recruits and supports progressive women candidates, Kendra Horn defeated GOP Congressman Steve Russell, 50.7% to 49.3%, in what was considered one of the biggest upset victories of the 2018 elections.

In doing so, she become the first Democrat to represent the Oklahoma City-based Fifth District in 44 years, making her an immediate top target for a challenge in 2020.

While both parties can be expected to invest heavily in the "Toss-Up" contest, Horn starts with a significant fundraising advantage, with $2.6 million on hand at the end of June, compared to Bice, who ended the pre-runoff reporting period on August 5th with just $80,000.

NEXT UP!
In perhaps the most-watched Democratic Senate primary of 2020, to be held September 1st, four-term Congressman Joe Kennedy III is challenging incumbent Massachusetts US Senator Ed Markey, who has held the seat for eight years. 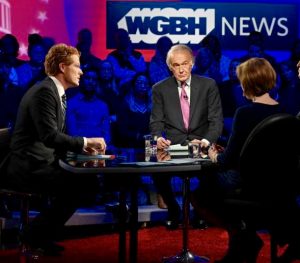 Please Support our Work with a contribution today!

Last night voters got their first taste of the debate season, watching both Hillary Clinton and Donald Trump field questions about their qualifications at the Commander in Chief Forum hosted by...