While most of you were vacationing last weekend, the New York Democratic Party held their State Convention on Long Island to officially annoint their party's nominees for the 2018 election cycle.

The May 22nd - May 24th event, themed "Moving Forward," produced few surprises, including the nomination of incumbent Governor Andrew Cuomo, who is seeking his third term. 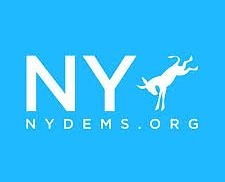 The son of New York's legendary three-term Governor Mario Cuomo (1983 to 1994), Andrew is widely considered to have 2020 presidential ambitions.

New York Politics
New York is traditionally a blue state, delivering its 29 electoral votes to the Democrat in the last five presidential elections. In the 2016 election Hillary Clinton trounced Trump 59.01% to 36.52%.

In addition to Cuomo, the State Democratic Party endorsed Lt. Governor Kathy Hochul, and State Comptroller Thomas DiNapoli for re-election.  The only non-incumbent in the top tier was Letitia James, a New York City Public Advocate who was the party's pick to replace former State Attorney General Eric Schneiderman, who resigned after sexual misconduct  allegations earlier this month. 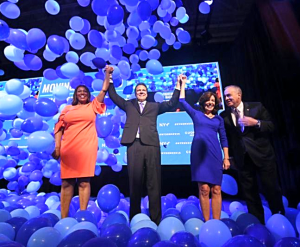 If James wins, she will be the first woman and the first African-American to serve as New York's Attorney General.

Although the Empire State, like many, has its pockets of more rural conservative constituencies, the predominantly progressive voting pattern in statewide elections means that the real political contest is often in the Democratic primary as opposed to the general election.

The Party's nomination, however, does not mean the race is over.

The Challengers
Although none of the nomination challengers received the threshold 25% of the convention delegate vote to automatically get on the primary ballot in September, they may still petition their way on. 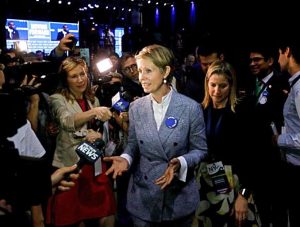 Cuomo, who secured the endorsements of former US Secretary of State and New York US Senator Hillary Clinton, as well as former Vice President Joe Biden, received the overwhelming support of the party establishment with 95% of the vote last Thursday.

Cuomo had been fending off a challenge by actress and education activist Cynthia Nixon, who has been waging a high-profile insurgent campaign against him from the left faction of the party, but received only 5% of the vote.

However Nixon, who is best known for her starring role in the hit series "Sex In The City" and has the behind-the-scenes support of allies close to NYC Mayor Bill de Blasio, is undeterred.

If Nixon does not secure the petition numbers needed to make the Democatic primary contest, she may still be on the ballot as the nominee for the Working Families Party, which endorsed her last week.

The New York Governor's race is one of 36 states with Gubernatorial elections in 2018.

October 12, 2018 With just 25 days until the midterms, some key resources for campaigns, voters and those who are looking for a way to help Get-Out-The-Vote! Collected with the help of our...