The country's largest city will hold its Democratic primary June 22nd, in what will unquestionably be the most significant mayoral race of 2021.

In the contest to succeed current New York Mayor Bill de Blasio, who is term-limited, no less than 30 candidates are competing to run the Big Apple, which has a population of over 8.6 million and a GDP greater than 180 countries.

In one of the nation's bluest cities and states, the winner of the Democratic primary on June 22nd is all but ensured victory in the November 2, 2021 general election.

It is only the fourth time in roughly half a century that the ballots won't include an incumbent mayor running for reelection, and the first time that those ballots will be cast under the city's new ranked-choice voting system. 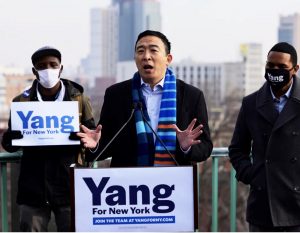 Add in the fact that New York City has been the epicenter of the COVID pandemic in the states, which is the number one issue on voters' minds, and you have an unprecedented political dynamic in which 50% of the voters are currently undecided. 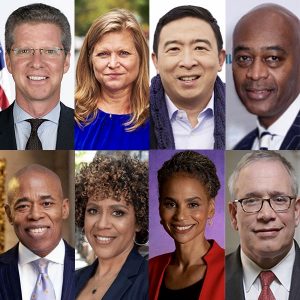 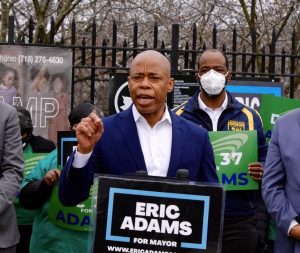 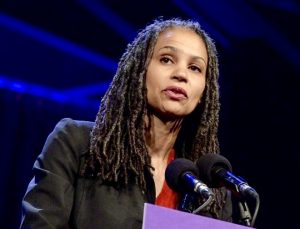 The Republican primary will also be held on June 22nd, with a field of six candidates.

Polling
In a March 15-18, 2021 Fontas Advisors/Core Decision Analytics survey of likely Democratic primary voters, 50% are still undecided on who they'll choose for mayor, with top-ranking Andrew Yang garnering only 16% of support.

Eric Adams placed second with 10%, followed by Maya Wiley at 6%, Comptroller Scott Stringer 5%, Ray McGuire 4%, and Shaun Donovan, Kathryn Garcia and Dianne Morales at 2% each. Participants were presented with the leading eight candidates, as well as the option to pick someone else (1%). 50% were undecided. The Margin of Error (MOE) was +/-3.5%. 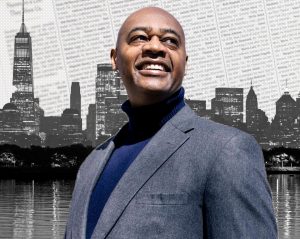 The Issues
In the same survey, 91% of likely voters responded that "vaccine distribution and stopping the spread of COVID-19" was "Extremely" or "Very" important, placing it ahead of all other issues. "Improving public education" ranked second with 88%, followed by "creating new jobs and opportunities" (86%), "homelessness" (85%), and "healthcare, not including COVID-19" (84%).

Debates
The next Democratic primary debate is scheduled for Thursday, May 13th, from 7:00pm-9:00pm. Spectrum News NY1 will be co-hosting the event, along with WNYC, Gothamist, TheCity, Citizens Union, John Jay College, and Social Work Votes.

Spectrum News NY1 will also host the next Republican primary debate on Wednesday, May 26th from 7:00pm-8:00pm.