The results are finally in from New York's June 22nd primary, crowning the next New York City Mayor, along with other municipal and local elected officials across the state. 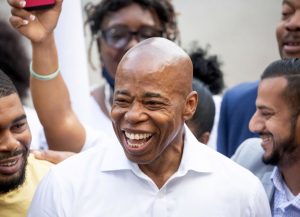 The city's new ranked-choice election system experienced a rough test run marred by mistakes by the state Board of Elections, which has long come under scrutiny for its capacity to handle elections in the country's largest city.

While the errors, most notably the mistaken inclusion of 135,000 fake test ballots in the June 29th count, left the door open to legal disputes, it is unclear whether Garcia and third-place finisher Maya Wiley will challenge the results.

Adams, 60, who also served in the State Senate for four terms, and previously as a Captain on the NYC police force, is poised to become the Big Apple's second Black mayor.

In the other citywide contests, incumbent Public Advocate Jumaane Williams handily won the Democratic nomination election night with 71% of the vote to primary challenger Anthony Herbert's 22%. He is expected to sweep the general election against Republican Devi Nampiaparampil. 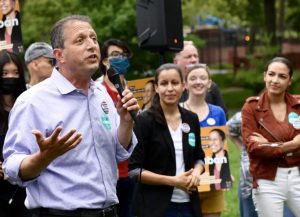 In the Manhattan District Attorney's race, with 84% reporting, state prosecutor Alvin Bragg was declared the winner with 33.9% to former federal prosecutor and self-funder Tali Farhadian Weinstein's 30.5%, followed by six other candidates.

Bragg is the odds on favorite to defeat Republican Thomas Kenniff in the general, which would make Bragg the first African American to hold the job. 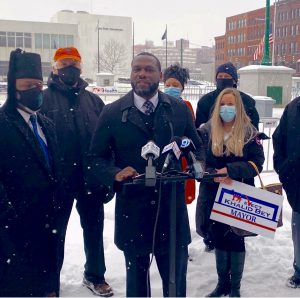 Other Counties & Cities
In Albany, two-term Mayor Kathy Sheehan easily fended off a primary challenge by Valerie Faust, 65% to 35%. She will face GOP nominee Alicia Purdy in the general election.

September 28, 2020 With just 36 days until the election, Americans are facing yet another threat under the Trump administration — one that will have consequences for decades. While a nation...