Yesterday, the members of the Democratic National Committee voted to make Tom Perez their next Party Leader. 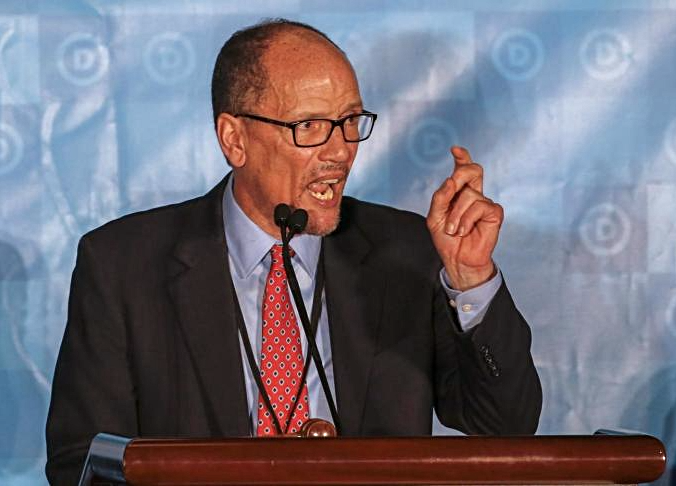 In the most dramatic and highly contested race for Chair of the Democratic Party in over 40 years, the former Labor Secretary beat chief rival Congressman Keith Ellison 235 to 200 on the second ballot.

In a call for Unity immediately after the vote, Perez said, "January 20th was an important day, but January 21st was an even more important day. Millions of Americans stood up to say: Mr. President, your values are not our values. By getting back to basics, we can turn the Democratic Party around, take the fight to Donald Trump, and win elections from school board to the Senate...I'm humbled by this opportunity to lead our team, and that's exactly what we'll do together."

Immediately following the election Ellison accepted Perez's offer to serve as DNC Deputy Chair, which was approved by acclamation. In his statement following the vote, Ellison said, "The American people have won today. The Democratic Party finally has a leader - a leader who has demonstrated time and again that he has what it takes to fight for all Americans. That leader is my good friend Tom Perez."

Secretary: Jason Rae (Wisconsin)
Won on the 3rd Ballot with 224 to defeat incumbent Party Secretary Stephanie Rawlings-Blake (Maryland) who came in second with 64 votes, followed by Ana Cuprill (Wyoming) with 50. 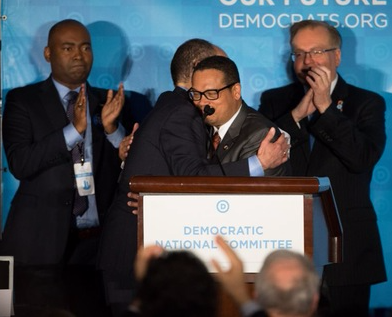 Ellison: "Working people across the country are depending on us"

To maintain the mandated equal balance of male and female national officers, two of the three Vice Chairs must be women.

On a separate 1st Ballot for the remaining third Vice Chair - which could be a man or woman - went to New York Assemblyman Michael Blake who won on the 2nd Ballot.

The final race of the night was for the President of the Association of State Democratic Chairs (ASDC).
Ken Martin, Chair of the Minnesota Democratic-Farmer-Labor Party (DFL), will take over for New Hampshire Democratic Party Chair Ray Buckley, who was not seeking re-election.

June 18, 2018 See the Nationals play the Orioles this Thursday (or send a friend!) from just twelve rows above the Nat’s dugout!!   Enter by 5:00pm today to win four tickets to this...