One of the coolest events of the year is Netroots Nation -- the country's largest annual gathering for progressives, to be held this year in New Orleans on August 2-4th - and through DemList you get a discount! 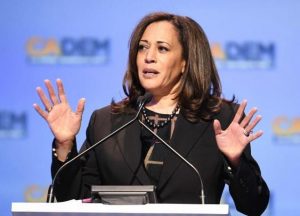 Now in its 12th year, the event draws a crowd of 3,000+ activists and organizers, advocacy organizations, unions, media makers and consultants for three days of networking, education and inspiration.

Agenda
The agenda includes 90 panels on every major progressive issue - from current battles to long-term movement strategy, with a diverse slate of panelists, 67% of whom are people of color, 63% women, and 25% who identify as LGBTQ. 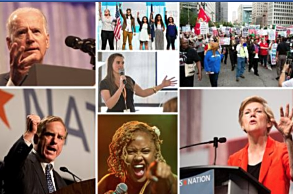 DemDaily: The Count! Where They Stand Now

January 6, 2023 The bruising battle for the GOP speakership took a decided turn today, with 15 of the hardline anti-Kevin McCarthy dissenters flipping their votes in favor of the beleaguered...

August 12, 2021 Last Friday marked the 56th anniversary of the 1965 Voting Rights Act (VRA), considered the most far-reaching civil rights legislation in modern US history. More than half a...

October 19, 2020 At now just 15 days before the most important presidential election of our time, 37 states have begun early voting, shattering records for early turnout. As of yesterday, over 26...