On Monday, the House Judiciary Committee announced a sprawling investigation into President Donald Trump's campaign, inaugural committee, charity, businesses and administration that sets the stage for a lengthy probe, and possible impeachment hearings before the American public. 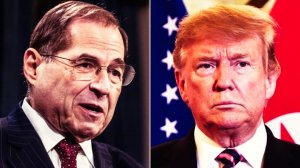 Judiciary Chair Jerry Nadler (D-NY), There is :no question" the President obstructed justice.

The Judiciary Committee, however, confirmed that both entities have signed off on the document request, as many of the individuals involved overlap with their inquiries.

Special Counsel Robert Mueller's much-anticipated report on the investigation into Russia's interference with the 2016 presidential election and potential collusion with the Trump campaign is expected in the coming weeks.

But Democrats are not taking any chances on Mueller's report as it will be up to Trump's recently confirmed US Attorney General, William Barr to determine if releasing all of the report is in the public's interest.

Under any circumstances, impeachment is a function of the US House, which is now controlled by the Democrats, and the road to impeachment is through the House Judiciary Committee.

Under the previous Republican-controlled House, efforts to initiate more extensive investigations were blocked.

The scope of the Judiciary Committee's document request, which is the foundation for a witness list, is far reaching, and includes the Trump 2016 campaign advisors, Inaugural Committee, the White House, former administration officials, the Justice Department, Trump Organization officials, Russian associates and the President's sons.

The Committee cited three major areas of investigation: obstruction of justice, including the potential interference by the president into criminal investigations; public corruption, including violations of the emoluments clause; and abuses of power, including attacks on the free press, the judiciary and law enforcement agencies.

In a statement from the White House Press Secretary Sanders called the requests "a disgraceful and abusive investigation into tried, false allegations already investigated by the Special Counsel."

The Judiciary Committee is just one of several US House Committees investigating the President.

On Wednesday he offered dramatic publc testimony before the House Oversight and Reform Committee. 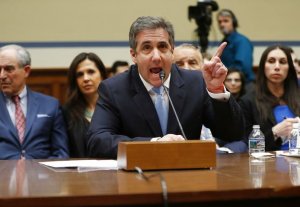 Cohen is one of 37 individuals who have been indicted or convicted, among 199 criminal chargesissued to-date, in Mueller's 22-month investigation.

Cohen is scheduled to return for additional testimony before the House Intelligence Committee tomorrow, March 6th.