Ballot initiatives are an integral part of our electoral process - as a form of direct democracy and as an avenue for checking legislative powers.

This year, when voter turnout will be critical to the outcome of the race for the White House, and control of the US Senate and key legislatures throughout the country, major support or opposition to a ballot measure can be a critical factor in helping drive voters to the polls. 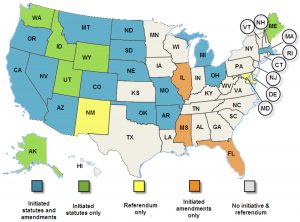 Initiatives In Your State (Ballotpedia/CLICK)

* Citizen Initiated Constitutional Amendment (CICA) or State Statute (CISS): Also called a direct initiative, it is when a measure is put directly to a popular vote after being submitted by citizen petition. 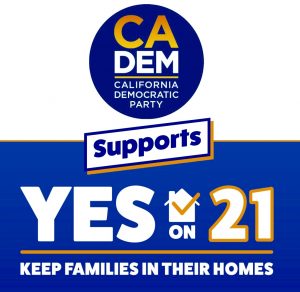 Prop 21 on rent control is one of 12 California initiatives. Learn more

The first formal initiative originated in Oregon in 1902 as an attempt to expand individual voting rights and the ability to hold legislators accountable. The "Oregon System" spread to other states, and became one of the signature reforms of the Progressive Era, used to recall elected officials and stage referenda on controversial new legislation.

Ballot Power
Today, twenty-six states and DC grant their citizens amendment, statute and/or veto referendum power through the initiative process. All US states, with the exception of Delaware, allow legislatively-referred statute or constitutional amendments.

Major issues on the ballot in 2020 include eighteen measures in 14 states on elections policy, 19 measures in 12 states addressing tax-related policies, and marijuana-related initiatives in six states. 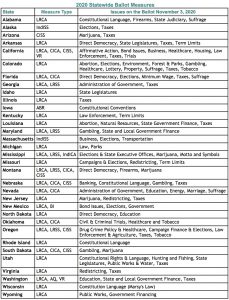 SignUp for the Daily updates on the issues, politics and players
Follow us on Twitter, Facebook, and Linkedin
Sources:  Ballotpedia, Wikipedia
Go to the DemList Election Calendar for Biden-Harris fundraising events!

Donald Trump’s public flirtation with Russia throughout the presidential election has become a matter of serious concern as the now President-elect continues to play a questionable, if not...