On Monday, The Lincoln Project released an ad depicting the sense of helplessness and loss brought on by the COVID-19 pandemic under the failed leadership of Donald Trump.

What is unique about the ad, and their campaign, is that they are produced by some of the GOP's most established voices, attacking their own party's leader. 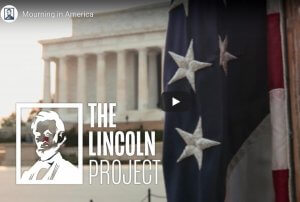 The title of the ad, "Mourning In America," is a play on Ronald Reagan's iconic 1984 re-election ad called "Morning in America," 'which highlighted the positive impact of his first term and presented an optimistic vision of an America that was prosperous and peaceful.

Horn is one of several prominent Republican strategists who have worked at the state and national level, and who formed the group last year, to "Defeat President Trump and Trumpism at the ballot box." 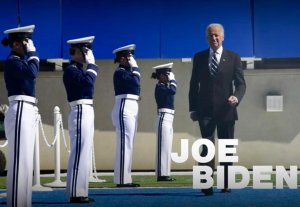 Most notable among the group are Steve Schmidt, who worked for President George W. Bush and was the senior advisor to Senator John McCain's 2008 presidential campaign, and George Conway, founding member of Checks & Balances, a group of conservative and libertarian lawyers organized to defend the rule of law.

Conway, who is also the husband of Trump's senior adviser, Kellyanne Conway, has tangled publicly with the President, who on Tuesday tweeted out a 1:00am response to the latest ad.

An apoplectic Trump called Conway a "deranged loser" and referred to him as "Moonface," a term that is sometimes used as a racial slur against Asians. Conway's mother is of Filipino descent.

Conway responded by tweet, highlighting Trump's apparent disregard for dying Americans. "I guess we know what keeps the President of the United States up at night. It isn't the Americans who are dying once every 45 seconds of covid-19."

Trump's rage only feed into the ad, which went from 214,000 twitter views to 7 million in one day.
The group efforts are not limited to anti-Trump ads, having released an ad endorsing presumptive Democratic presidential nominee Joe Biden last month. In a release the group said, "We've never backed a Democrat for president. But Trump must be defeated."

The ad, first released in the key battleground media markets of Milwaukee, Wisconsin, and Grand Rapids, Michigan, "illustrates why Vice President Biden can reunite the country in a time of deep division, anger, and fear, and why he's the right man to take on Donald Trump." 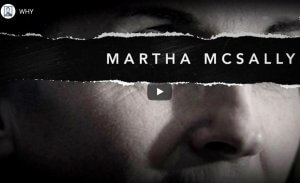 "Why would anyone vote for Martha McSally?" (Watch/CLICK)

They are not stopping there, however, announcing that they will be targeting Trump's "most ardent enablers in the Senate."

Today, The Lincoln Project released its first such video attacking Arizona Senator Martha McSally, a loyal Trump supporter who was appointed to fill the remaining term of the seat once held by the late Senator John McCain. McSally is being challenged by Democrat Mark Kelly, who is leading her in the polls.

In releasing the spot, the group said "Martha McSally has tarnished the strong and powerful leadership that came before her. People like John McCain and Barry Goldwater have worked tirelessly for Arizonans and Martha McSally has only worked for Donald Trump."

SignUp for the Daily updates on the issues, the politics and the players.
Forward and Follow on Facebook, Twitter and LinkedIn
DemList is relying entirely on individual contributions at this time. Please support our work!