Yesterday's Montana Special election to fill the seat of Secretary of the Interior Ryan Zynke was a nailbitter - not because Dems expected to pick up the seat, which has been Republican for 20 years, but because of the implication of the "Trump effect" on the narrowing numbers, and unexpected events in the final days of the election.

Democrat Rob Quist faced-off against Republican Greg Gianforte in one of five Congressional Special Elections this year, four of which were vacated by Republicans who joined the Trump administration.

Gianforte, a multi-millionaire businessman (sound familiar?) started as the odds-on favorite but, with the weekly roll out of controversies surrounding Trump's presidency, and a national surge of funds from out-of-state, Montana's at-large (sole) congressional seat closed to 14 points in the final week. 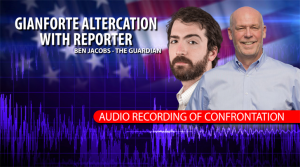 Then Wednesday Gianforte had a meltdown and violent altercation with "liberal" Guardian reporter Ben Jacobs, which resulted in him being charged with misdemeanor assault by the Gallatin County Sheriff's office.

The incident, which was recorded and witnessed by other reporters, caused a public uproar, giving Quist hope of a final surge.

The impact of the attack will never be fully known, however, as over 2/3 of Montanans had already cast their ballots in early voting. Although it appeared to move the needle with some voters in the last 24 hours of the race, the end result was Gianforte 50.2% - Quist 44.1%.

The Takeaways
Despite (or perhaps because of) campaign appearances with Donald Trump, Jr, Vice President Pence,
Senator Marco Rubio, Speaker Paul Ryan, Zinke and other senior Republicans, Quist came within 7% points in a state which just elected the incumbent Republican, Zynke, by 15% in November.

Anything short of a 20% win by Gianforte is a plus for Democrats in a state where Trump beat Hillary 57% to 36%.

The Montana seat gives Rs two of this year's five Special elections (the April 11th Kansas Special Election went Republican by 7%), but both in states where Trump beat Clinton by more than 20%.

Democrats still have to flip 24 GOP seats to retake control of the House, but per FiveThirtyEight, "There are 64 GOP-held seats that are 13 points redder than the nation as a whole or less. Now, Democrats likely won't win all 64, but that's why a mid-single digit loss for a Democrat in Montana suggests that a lot of seats are in play for them in 2018." 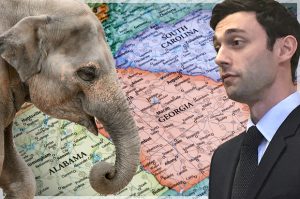 Super Tuesday Specials
Both the South Carolina and Georgia Specials fall on the same day.

DemList will keep you informed. Pass it on!

July 26, 2017 In a less than transparent effort to steer the focus of the headlines away from his Russian investigation woes, President Trump announced today on twitter that the US Government will...

February 1, 2020 The last two days saw the end of the question and answer phase and the end of Democrats’ hope for calling witnesses in the impeachment trial of President Donald J. Trump...