3.  A missionary for a movement, a living adjective in motion.  DemList

* accepts knowing an issue is not the same as knowing how to organize around it.
* sets the pace for dependability, dedication, execution and accountability.
* speaks to the culture and language of the people he is trying to reach.

* builds organizations by providing leadership and a roadmap for growth.

* provides answers, but seeks new solutions.
* teaches people how to become activists, and activists how to become organizers.
* inspires, trains and develops new leaders from within the rank and file.
* knows solidarity is only as strong as those who instill it.
* at his best, is a master of detail, strategy, mobilization, and timing.
* at heart, is a part of a community, and an advocate for its people and their cause.
* earns his reputation from the respect of those whom he is entrusted to lead
* knows that with one conversation and one vote you can effect change. 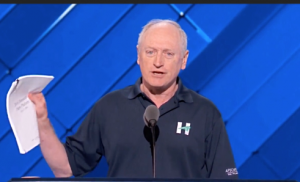 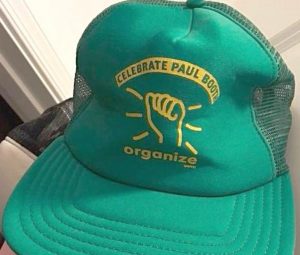 Links
Paul Booth's Speech at the 2016 Democratic Convention
The Midwest Academy: Learn About Organizing
In Memoriam

January 15, 2018 It’s time to march again. This weekend marks the second anniversary of the 2017 Women’s March on Washington, one of largest in the nation’s history, and an...