Republicans on the US House Intelligence Committee released a highly controversial memo today -- one that, some say, could send our country into a constitutional crisis.

The "Nunes Memo"
The three-and-a-half page memo, compiled under the guidance of the Committee's Republican Chairman, Devin Nunes, alleges that there was a breakdown in the legal process that undermines the legitimacy of a FISA warrant for surveillance of Trump campaign advisor Carter Page.

Page, then a national security advisor for Trump's campaign and now a central figure in the Russian investigation, first came under surveillance by federal investigators in October of 2016. The warrant was subsequently extended by judges three times. 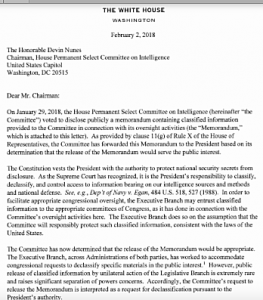 The Nunes memo claims that the original FISA warrant was improperly issued based on information in the "Steele Dossier," a report prepared by former British intelligence agent Christopher Steele which outlines illegal and scandalous allegations about Trump and his advisers' ties to Russia, including Page.

Republicans claim the "fact" that the private research was paid for by Democrats was excluded from the warrant application -- tainted the warrant as invalid.

Accordingly, any information obtained through that warrant is fruit of the poisonous tree and undermines the validity of the entire investigation.

The Set Up
The scenario presented also sets up an excuse for firing officials at the FBI and Justice Department for "mishandling" the investigation.

That could, of course, include current FBI Director Christopher Wray, who succeeded James Comey who was fired by President Trump in May.

It may also include Deputy Attorney General Rod Rosenstein, who oversees the Investigation by Special Counsel Robert Mueller.

Should Trump fire Rosenstein, it clears the way for his successor to officially fire Mueller at Trump's request, and achieve the President's stated goal of derailing the investigation. 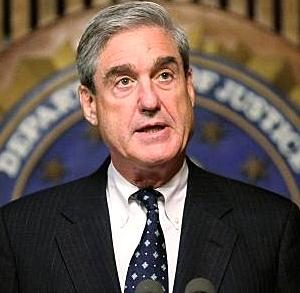 Lawmakers have threatened that using the Republican memo as an excuse to fire Rosenstein, Mueller, or other Justice Department officials "could result in a constitutional crisis of the kind not seen since the Saturday Night Massacre."

The reference is to President Nixon's 1973 orders to fire independent special prosecutor Archibald Cox, which led to the resignations of Attorney General Elliot Richardson and Deputy Attorney General William Ruckelshaus during the Watergate scandal.

Administration's Attack on Its Own
Trump famously admitted to firing FBI Director James Comey over "the Russia thing," further incriminating himself in the scandal.

However Comey's successor, Christopher Wray, has towed the ethical line at great frustration to the President. When word of the memo and its pending release broke earlier this week, an alarmed intelligence community reactedly swiftly. 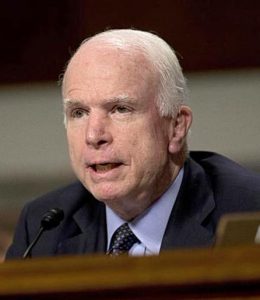 On Tuesday, the FBI released a statement citing "grave concerns about material omissions of fact that fundamentally impact the memo's accuracy," and the Justice Department repeatedly warned against the release, stating it would set a bad precedent for making government secrets public, including sensitive sources of information and methods of intelligence gathering.

"The latest attacks against the FBI and Department of Justice serve no American interests -- no party's, no President's, only Putin's."
-- Republican Senator & Chair, Armed Services Committee John McCain

Trump's claims that there is a "deep state conspiracy" against him by Dems, which fails to acknowledge that most of the major players, whom he appointed, are registered Republicans -- including Mueller, Rosenstein, Deputy FBI Director Andrew McCabe and ousted former Director James Comey.

Shocked Democratic members of the Intelligence Committee put together their own counter to the memo but were prevented by a vote, along party lines, from releasing it, as is tradition, alongside the Republican version.

Republican members have agreed to allow the release of the Democrats' memo once it has been "scrubbed" for any conflicts with national security.

Next Up: MemoGate, Part Two: The Democratic Memo.

October 14, 2021 The Nobel Prizes were awarded this week, recognizing groundbreaking contributions by an individual or organization in the fields of Physics, Chemistry, Physiology or medicine...