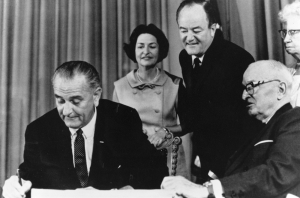 Sunday was the 52nd anniversary of Medicare and Medicaid, the two government-run, social insurance programs that provide health care to the most vulnerable of our citizens - the elderly, poor and disabled.

For over 50 years Medicare and Medicaid have been a a critical part of economic security for Americans, but under President Trump those crucial benefits are in great danger.

Medicaid and Medicare where a part of President Lyndon B. Johnson's Great Society domestic program, which launched in 1964 and focused on elimination of poverty and racial injustice.

How Does It Work?
Medicare is a single-payer, national social health care program administered by the federal government and 30-50 contracted private US insurance companies. 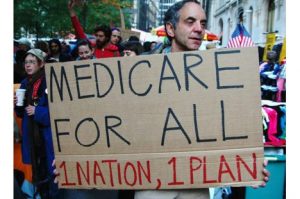 Medicaid is a means-tested social health care program that is jointly funded by federal and state governments, and managed by the states. States are not required to participate in the program but all have since 1982.

It is the largest source of funded medical and health-related services for US citizens and legal permanent residents, providing free health insurance to 74 million low-income and disabled people. 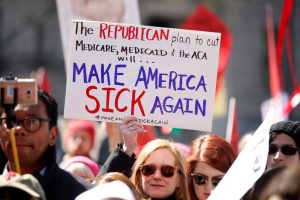 Under the President Barack Obama and the Affordable Care Act, Medicaid was expanded to include more preventative services and lower drug costs, but President Trump and the GOP have made repeal of the ACA a relentless priority.

According to the Congressional Budget Office, Trump's original "repeal and replace" healthcare reform legislation, the American Health Care Act, would have gutted Medicaid with roughly $880 billion in cuts.

Don't wait until September to let your voice be heard!

April 18, 2018 As with most attacks on civil and human rights in this era, the battles are being fought on both the national and state level. The most recent threat to the rights of transgender...