As the Democratic contenders and political pundits prepare to descend on Detroit, Michigan for the second Democratic primary debate, it is important to understand the significance of the midwestern state to the 2020 landscape.

Michigan, with its 16 electoral votes, is considered one of three top presidential battleground states, along with Wisconsin and Pennsylvania. 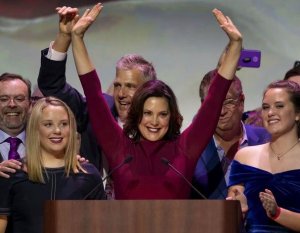 In the traditionally blue state, Democrats hold both US Senate seats and the Governor's mansion.

In 2018 Democrats swept the statewide contests, all previously held by Republicans, including the Governor's race, Lieutenant Governor, Secretary of State and Attorney General.

They also picked up two US House seats to split the delegation seven Democrats to seven Republicans, and elected Rashida Tlaib, one of the first two Muslim woman in Congress. Since the election, one Republican, Justin Amash, has switched his party to Independent.

While Republicans still control the State Legislature, they lost their supermajority in the State Senate in 2018, now holding 22 seats to Democrats' 16. In the Michigan House of Representatives Republican's majority decreased to 58 to Democrats' 52.

In another critical win for Democrats, Michigan voters overwhelmingly passed Proposal 2, the Independent Redistricting Commission Initiative, which transferred the power to draw the state's congressional and legislative districts from the state legislature to an independent redistricting commission.

In 2020 Michigan's junior US Senate, Gary Peters (D) will be up for reelection, along with its 14 US House seats and all 110 of its State House seats.

On the Ground
The importance of the Wolverine State is not lost on the Democratic contenders. Prior to tomorrow night's debate, and far ahead of Michigan's March 10, 2020 presidential primary, at least 17 of the 25 candidates have visited the state. 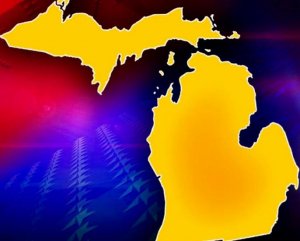 Michigan is a Critical Battleground State(MGN/WWMT)

Similarly, the Democratic National Committee (DNC) has strategically chosen key states for the debates, and is ramping up its efforts around this week's event to promote coalition efforts on the ground in Michigan.