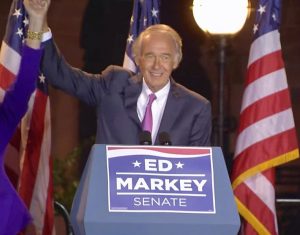 Markey: "this campaign has been about the young people of this country and thank you for believing in me, because I believe in you." (WJAR)

It also brings an end, for now, to one of history's most famous family dynasties, whose members have run successfully for office in Massachusetts for over seven decades.
For many, the Kennedy name is still synonymous with the days of "Camelot", when Joseph Kennedy III's great uncle, John F. Kennedy, reined over the White House.

Ironically, in a race where the candidates were distinguished by little other than their 35-year age difference, young progressives are being credited with securing reelection for the 74-year old Markey.

Markey, who previously served in the US House for 37 years, was first elected to the US Senate in a 2013 special election to fill John Kerry's seat after Barack Obama tapped Kerry for US Secretary of State. In 2014, Markey was elected to a full term in the senate with 61.9% of the vote.

Kennedy, 39, was elected to his House seat in 2012 after serving as an Assistant District Attorney in Barnstable and Middlesex Counties. He is the grandson of former Senator and US Attorney General Robert F. Kennedy, and the great nephew of President John F. Kennedy and the late US Senator from Massachusetts, Ted Kennedy. 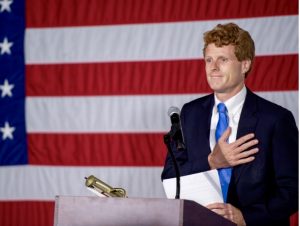 The end of a dynasty? (Boston Herald)

Both Kennedy and Markey are well-respected in Congress, with solid progressive credentials rooted in the deeply blue Bay State, leaving Kennedy little justification for challenging the popular incumbent other than apparent ambition.

His motivation may have come down to choices. Had Massachusetts' other US Senator, Elizabeth Warren, been successful in her bid for president, there would have been a special election for her seat with a host of potential contenders among Massachusetts' Democratic Congressional delegation and statewide office holders.

Challenging Markey ensured Kennedy an advantage he might otherwise not have in a larger, much younger and potentially competitive field for Warren's seat.

Unless Warren, who was reelected in 2018 with 60% of the vote, takes a cabinet position in the new Biden administration, there will not be an open Senate seat until, and if, Markey retires in 2026. 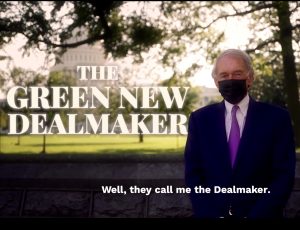 In the end, Markey, whose voting record is more liberal than Kennedy's, won on his years of progressive leadership on issues key to the left, including the Green New Deal, which he co-authored with Congresswoman Alexandria Ocasio-Cortez (NY).

Markey also had an effective and innovative ad campaign that highlighted his Congressional record, and capitalized on the support of "AOC" and other climate change leaders to rally younger voters and national support.

Markey is expected to sail to victory against Republican Kevin O'Connor in the general election. 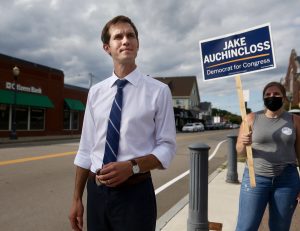 In the open Fourth Congressional District vacated by Kennedy for the Senate race, Newton City Councilor and US Marine veteran Jake Auchincloss appears to be the winner of the crowded Democratic primary contest.

With 95% reporting, Auchincloss secured 22.4% of the vote, followed by Brookline Select Board Member and Democratic communications professional Jesse Mermell with 21.4% and Newton City Councilor and former prosecutor Becky Grossman with 18%.

February 22, 2019 After three months of allegations and investigations into ballot-tampering, the North Carolina Board of Elections voted unanimously yesterday to throw out the results of the...

October 18, 2018 Identification requirements for voting have been a part of the electoral system for almost 70 years, but remain one of the most contentious and contested aspects of election...

May 2, 2019 In another dramatic scene in Act Two of The Mueller Investigation, Attorney General William Barr testified before the Senate Judiciary Committee Wednesday regarding his actions related...