Ballot initiatives have become an integral part of the electoral process - as a form of direct democracy, and as another avenue for impacting policy change outside of, or in spite of, the legislatures.

A Ballot Initiative is a means by which a petition signed by a certain minimum number of registered voters can bring about a public vote on a proposed statute or constitutional amendment. 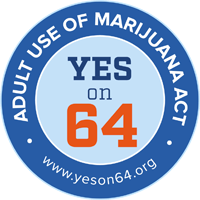 Successful measures in California, Massachusetts, Maine and Nevada bring the total to 8 states + DC that have legalized recreational use of marijuana. Only Arizona rejected the measure.

An additional 29 states - including now Arkansas, Florida, Montana and North Dakota - permit cannabis use for certain medical conditions, including cancer and HIV."

These initiatives were among the most expensive, including over $25 million spent in support of California's Yes On 64 campaign.

In South Dakota voters vetoed Referred Law 20, the state legislature's attempt to decrease the minimum wage for those under 18. The minimum wage will remain at $8.50 per hour as opposed to the proposed $7.50.

Colorado voters rejected by a vote of 78% to 21% Amendment 69, which would have largely replaced the existing private or employer-provided health coverage in the state with a single-payer model that would coexist with other forms of government insurance such as Medicare.

California's Prop 61 was defeated as well. A victory for the pharmaceutical companies, the initiative would have barred state agencies from spending any more on prescription drugs than the U.S. Department of Veterans Affairs, which requires at least a 24% discount on pharmaceuticals.

The initiative faced stiff opposition from the Koch-backed group there, to the tune of nearly $700,000.

Make change where you can!

Join DemList and WNDC TONIGHT in celebrating a new era of leadership for the Democratic Party.