January 21, 2017
Millions of people are marching on Washington and in solidarity in cities worldwide now to send a message of resistance to President Trump and his policies - and to future generation's that now is the time to engage, to make a difference and to RiseUp!
The Power of the People is greater than the People in Power
-- Senator Cory Booker, at today's March in DC
Watch the Women's March on Washington, still going on now - and live on facebook! 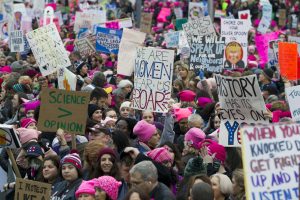 Women's March is LIVE on Facebook, YouTube and Periscope.
Go to the DemList Calendar for tonight's events, including 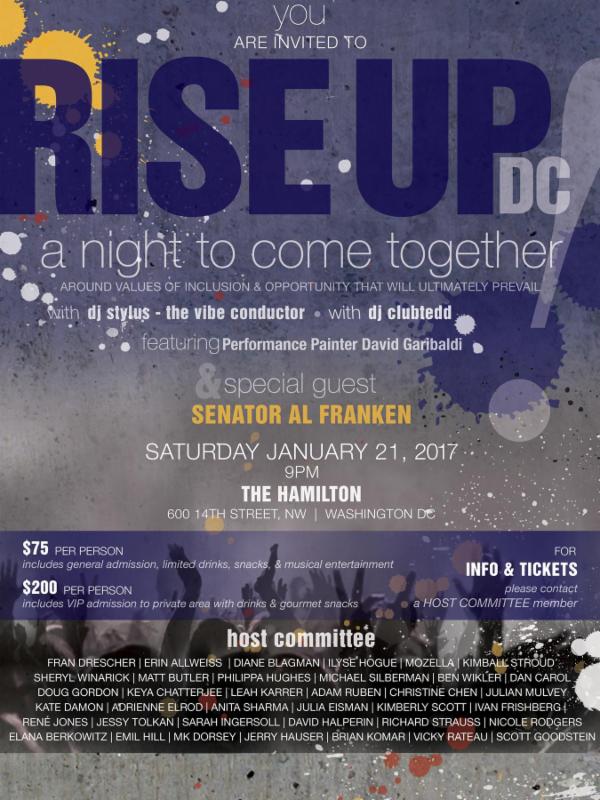 RiseUp!
DemList will be hanging with the cool kids and friends from MoveOn, NARAL, Center for American Progress, Greenpeace, Climate Action and more.
A fun evening for 800+ progressives, players and organizers to bond over great music and company. Special Guests include Senator Al Franken!
When:   January 21st, Saturday, from 9:00 pm - 2:00 am
Where:  The Hamilton @ 600 14th Street, DC (downtown)
Tickets still available: $75 & $200 (VIP)
Contact blakewessinger@demlist.com
Pass this on to others to Sign-Up for the DemList Daily political column for future updates, info & activism!
DemList
Connecting you to The Party
Connecting you to Each Other
Kimberly Scott
Publisher
Please help DemList keep you informed with a Contribution Today!
DemList is proud to be an official partner of the Women's March on Washington
Follow DemList on Twitter and Facebook. #WomensMarch