Amidst the drama of the government shutdown, the last week marked two important anniversaries - the 45th Anniversary of Roe v. Wade and the second anniversary of the Women's March on Washington. 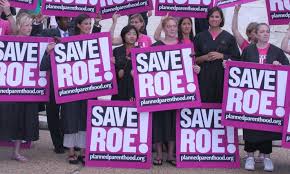 One marked the beginning of an era of advancements in human, women's and reproductive rights, and the other reminded us of the very real danger of losing all that has been accomplished in the decades since.

Roe v. Wade is the landmark 1973 United States Supreme Court decision (410 U.S. 113) which affirmed that a woman's right to privacy under the 14th Amendment
extends to medical decisions, including abortions.

In doing so, it decriminalized abortion and allowed access to legal abortion (at that time, up to the third trimester).

The decision launched a public debate that has since divided the country into pro-abortion or "Pro-Choice," and anti-abortion or "Pro-Life" camps that are still at the heart of the progressive and conservative political movements today.

Since taking office Trump's vow to "advance the rights of unborn children and their mothers," has made dangerous progress.  In April he appointed a pro-life Justice, Neil Gorsuch, to the US Supreme Court, and close to two dozen pro-choice, federal district and appeal court judges have been confirmed by the Senate. 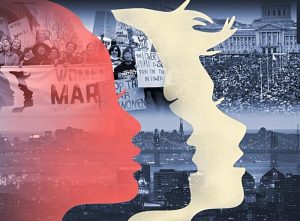 Although numerous attempts to cut funding for domestic and international women's health care and abortions have failed, he remains undeterred.  Last week the administration created a new "Conscience and Religious Freedom" division in the Department of Health and Human Services' Office of Civil Rights, and in Friday's speech Trump announced two new proposed policies.

One proposal makes it easier for states to exclude Planned Parenthood services from their Medicaid program, and the other allows health care providers to refuse services that conflict with their "religious or moral beliefs."

Trump's anti-abortion, discriminatory campaign agenda spurred the January 21, 2017 Women's March on Washington, held the day after his Inauguration, which inspired more than five million people worldwide to march in solidarity for human rights.

The march became a movement, harnessing the energy of thousands of activists to engage in the fight for justice, and on Saturday, they marched again to show that the occupant of the Oval Office was not aligned with the nation's voters.

A July, 2017 Pew Research Center shows that a majority of Americans, 57%, believe abortion should be legal in all or most cases.

As with the core of most political battles over the last year, the fight lies with the states and in the courts. 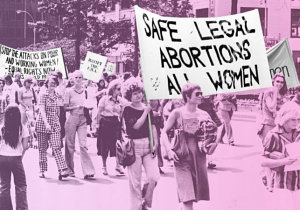 During 2017, 19 states enacted 63 separate restrictions on abortion, and a total of 43 states prohibit abortions after a point in the pregnancy (most commonly between 20 to 24 weeks).

The fight, unfortunately, is one for the generations.

In presidential politics, a “Swing State,” or battleground state, is a state where no single candidate or party has the majority support to secure that state’s electoral college...

July 22, 2022  In the season finale to this summer’s most watched drama, the House Select Committee to Investigate the January 6th Attack held its eighth hearing last night. Each of the...