On Monday, August 28th, a coalition of activists began a 10-day march from Charlottesville, Virginia to Washington, DC.

Their mission: to protest the escalation of "white supremacist violence, rhetoric and policies" under the Trump presidency.

Charlottesville was home to the violent August 12th "Unite the Right" confrontation and riot that ended in the tragic deaths of three people and left dozens others wounded. 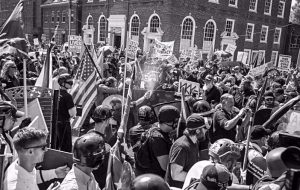 The event was also an alarming and uncomfortable reminder of how close we have come to a replay of the 1960s civil rights movement, and the precious legal and human rights earned at the cost of many during those years. 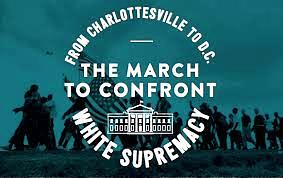 "We are marching to DC in the spirit of love, equality and justice like those before us did in the face of hatred and oppression." - - cville2dc

March organizers include the Women's March, Working Families Party, AFL-CIO, Color of Change, PICO, If Not Now, United We Dream, Center for Popular Democracy, The People's Consortium for Human and Civil Rights, Inc. and more.

This is a time for us to live our values and confront white supremacy in our government and in our history. We are fighting for each other and our common humanity, demanding leadership that will actively fight this ideology of hate, and calling for the removal of all those, including the president, who refuse to do so. - cville2dc

The initial group of 200+ marchers who started in Charlottesville, is expected to grow to several thousand by the time they reach DC on Wednesday, September 6th.

Organizers promise this to be only the beginning of a wave of nonviolent, civil disobedience campaigns to come. DemList will keep updated on developments!

Related
DemDaily: In the Wake of Charlottesville

While Republicans battle the covert controversy and chaos that has marked the first two months of the Trump presidency, Democrats, by contrast, are countering with a very public campaign to engage...