Today marks the 50th anniversary of the 1967 Supreme Court's landmark decision, Loving v.Virginia, that struck down laws prohibiting interracial marriage, thereby legalizing the ability of mixed-race couples to wed in every state. 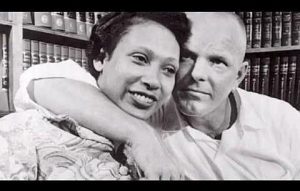 In June of 1958 Virginia residents Milded Jeter, a part black, part Native American woman, and Richard Loving, a white man, were married in the District of Columbia.  Five weeks after returning home to Central Point, Virginia, the couple were arrested by in the middle of the night, jailed and charged with violating the state's "Racial Integrity Act," which prohibited interracial marriage.

Tried and sentenced to one year in prison each, they were later released by a Judge on the condition that they leave Virginia and not return for 25 years. 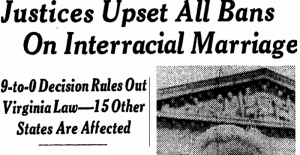 After moving to DC, their case was taken up by Bernard Cohen andPhilip Hirschkop, two young ACLU lawyers who, over the next nine years, argued the case based on its violation of the 14th Amendment -- which protects the equal rights of all citizens, regardless of color.

"Under our Constitution, the freedom to marry, or not marry, a person of another race resides with the individual, and cannot be infringed by the state." - Chief Justice Earl Warren, Loving v.Virginia,1968

Almost 50 years later, the Loving decision was one of the principle cases mentioned as precedent for the June 2015 SCOTUS decision in Obergefell v. Hodges, which granted the right of same-sex couples to marry. 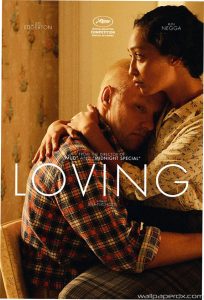 The United States' history of banning interracial marriage dates back to Massachusetts in 1705 and, at one point or another, 43 states had passed anti-miscegenation (marriage or cohabitation between two people of different racial groups) laws. When the Lovings were married in 1958, the number had decreased to 16 states, all southern, that still upheld similar laws.

In her last public statement prior to her death in 2008, Mildred Loving said:

In 2016, an award-winning movie, "The Loving Story," educated new generations on the plight, and historic bravery of Mildred and Richard Loving.