A little humor to remind us to laugh! 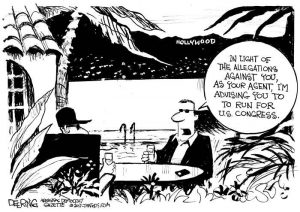 Jimmy Fallon
"It just came out that as many as four elected officials have NOT been accused of sexual harassment."

"I read that the FBI is now investigating Russian embassy payments. And get this - there was one memo thatwas actually labeled "to finance election campaign of 2016." Even people who use the word "password" as their password were like, Seriously?' "

"Trump just went on Twitter and bragged about a poll showing that he has a 46 percent approval rating. Really? That's like posting a math quiz on the fridge where you got a D+. I spelled my name right!' " 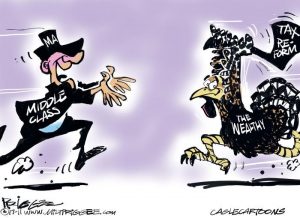 "Jeff Sessions testified again as part of the Russia investigation. And at one point, he was questioned about his stance on marijuana. You know, cuz it's a little odd when a guy's anti-weed, but seems to "forget" every conversation he's ever had."

Jimmy Kimmel
"The House passed the GOP-backed tax plan today, which is very good news for billionaires and also just your average run-of-the mill millionaires too. The bill would shift the tax burden from the wealthy to people who really should be paying more, like college students."

"The Senate Foreign Relations Committee had a hearing to discuss whether President Trump should continue to have the sole authority to launch a nuclear weapon, or whether his iPad should have some parental controls put on it."

On Alabama US Senate Republican nominee Roy Moore's tweet to GOP Majority Leader Mitch McConnell -- "Now, I'm not an expert in P.R., but when you're accused of putting the moves on high school girls, maybe don't reference the title of a movie about high school cheerleaders." 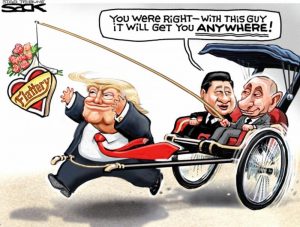 James Gorden
"Trump said he accomplished a lot of things on his trip, but ... North Korea state media published a scathing review .. saying Trump displayed his "true colors as an old lunatic, mean trickster and human reject." Now you listen here, North Korea, we may not like him either, but that is the president of the United States you're accurately describing."

"I mean, right now we are this close to Kim Jong Un and Trump doing "yo mama" jokes on Twitter. "Yo mama so stupid she couldn't get into Trump University."

"Years from now we can only hope that we will look back at all of this and laugh. And we will be like, "You remember that time when Trump called Kim Jong Un short and fat? Haha. Anyway, how long do we have to stay in this bunker?"

Seth Meyers
"It was reported about an hour ago that Donald Trump Jr. carried on a 10-month-long secret correspondence with WikiLeaks during the presidential campaign and the months following. Wow, it's going to be awfully hard to distance yourself from a guy named Donald Trump Jr. "He's not even related to me. My last name's not Junior. Everyone knows that." 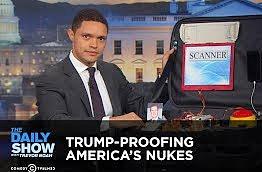 "I guess there are no good people left, so let's just get it over with. Just tell us whatever you did, Jimmy Carter, Barack Obama, Tom Hanks - Malala."