On April 14th, President Joseph Biden announced the withdrawal of all American troops from Afghanistan, bringing to an end our nation's "Longest War." 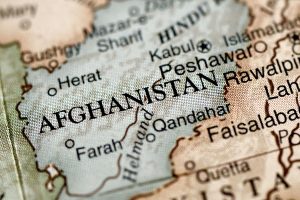 The drawdown is to be completed by September 11, 2021, marking the 20th anniversary of the "9/11" terrorist attack that propelled the United States into the conflict.

There are approximately 2,500 US troops in Afghanistan, and an additional 7,000 in foreign forces. At the height of the war, there were about 100,000 US troops in the country as part of a NATO force.

Biden's decision has met been with bipartisan concerns that, as long as the Taliban remains a potent force, an American withdrawal risks many of the gains made in democracy, women's rights and governance in Afghanistan - and the people who helped achieve them.

Among those are the thousands of Afghans who have worked as interpreters, contractors, engineers, security personnel, drivers and embassy staff for the United States.

Background
Afghanistan is an Islamic Republic located at the crossroads of Central and South Asia. Although Afghanistan is led by a "Unity Government" established in 2014, the Taliban, an ultraconservative religious and military organization, has been waging an insurgent war against the government for over 25 years. 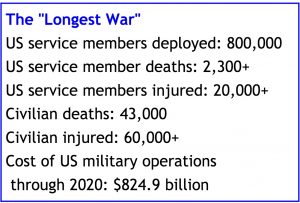 At times the jihadist Islamist movement has wielded power in as much as 75% of Afghanistan and initially provided sanctuary for the militant Sunni Islamist terrorist organization called al-Qaeda, which was responsible for the 9/11 attack against the US.

On February 29, 2020, the US and the Taliban signed the Agreement for Bringing Peace to Afghanistan, which included withdrawal of all American and NATO troops from Afghanistan, a Taliban pledge to prevent al-Qaeda from operating in areas under Taliban control, and a plan for Taliban-Afghan government talks.

Under President Biden, the US extended the drawdown deadline to September 11th and committed continued US financial support, including a $266 million humanitarian assistance package and $3.3 billion in security assistance, as well as significant aid to help combat the coronavirus pandemic. 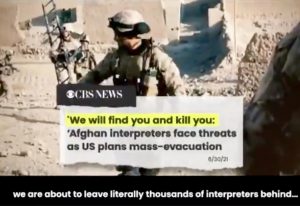 "We will stand with you"
Despite the peace agreement, the Taliban has moved to reimpose their "Islamic Emirate," expanding its reach across the country and using violence to seize power.

That includes revenge attacks against Afghan citizens who worked with the US which now, according to one, amounts to "a death sentence."

More than 18,000 Afghans have applied for special immigration visas for themselves and an estimated 53,000 family members.

The White House, under heavy pressure to protect Afghan allies, announced July 14th under the newly dubbed Operation Allies Refuge, that it will begin relocating eligible Afghans, possibly to Guam or to an allied country, to await the processing of their visa requests to move to the United States. 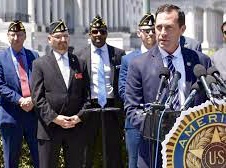 Crow: "This bill is about doing what's right and honoring our promises. Every single day counts. The Senate must pass the ALLIES Act" (Facebook)

More recent reports say the US military is preparing to house as many as 35,000 Afghans at American bases in Kuwait and Qatar, for up to 18 months.

Yesterday, the US House passed the ALLIES Act, which would increase the number of Special Immigration Visas (SIVs) available to Afghan citizens who helped US forces from 11,000 to 19,000. It would also expand eligibility to family members of SIV applicants who have been killed, as well as Afghans who worked with certain nongovernmental organizations.

The Act, which was sponsored by Afghanistan war veteran and Congressman Jason Crow (D-CO), passed by a vote of 407-16 and now goes to the US Senate for consideration.

Crow is part of the Honoring Our Promises Working Group, founded in April following the Administration's Afghanistan withdrawal announcement. Made up of 10 Democrats and six Republicans, the lawmakers' goal is to expedite legislative efforts to protect Afghan partners.

No One Left Behind?
There are hundreds more interpreters, however, who had their contracts terminated for what they say was unjust causes, and who are not being reconsidered for visas. Many were terminated after failing a routine polygraph, or lie detector, test used for security clearances. 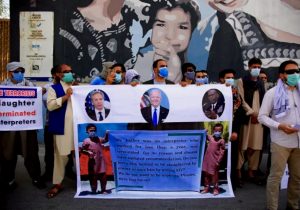 Translators questioned the screening questions and process, which were conducted by a contracted company, as unreliable. Their rejection letters from the US Embassy sited "lack of faithful and valuable service," despite letters of recommendations from special forces and military commanders testifying to their acts of bravery.

Of the interpreters' flight, Army combat veteran and US Senator Tammy Duckworth (D-IL) said, "We have to physically get them and their families out of Afghanistan because they will be hunted down and retaliated against by the Taliban...America's word is on the line here."

November 15, 2018 Labor has long been a driving force in elections, and the 2018 midterms were no exception. In a historic, and critical, election for working people, labor not only played a...