Some of the country's most prominent Latino leaders gathered in DC last week to honor The Reverend Luis Cortés, and to underscore the challenges at the forefront of their community under the Trump Administration. 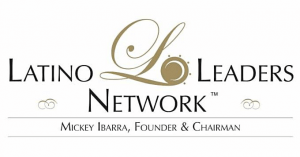 At the core of those is the Administration's "zero tolerance" immigration policy that has resulted in the separation of 3,000 children from their parents at the US-Mexico border.

Thursday's event was hosted by the Latino Leaders Network, which, since its founding in 2004, has become the premier forum for "Bringing Leaders Together."

Over 200 powerhouse guests filled the ballroom of the Mayflower Hotel, including representatives from the Congressional Hispanic Caucus Institute, UnidosUS, MALDEF, Voto Latino, Victory Institute, NALEO and other organizations that advocate on behalf the 57.5 million Hispanics and Latinos living in the United States.

LLN's Founder and Chair, Mickey Ibarra, who served as White House Director of Intergovernmental Affairs under President Bill Clinton, underscored the importance of the latino voice through shared experience and impact at the ballot box. 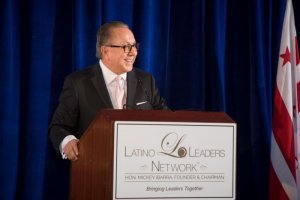 "We are in the same boat and we have to unite to promote improvement within our community. It must be our mission, indeed our obligation, to instill in the next generation an understanding that it is up to them to change the negative narrative coming from the White House and too many other places," said Ibarra. 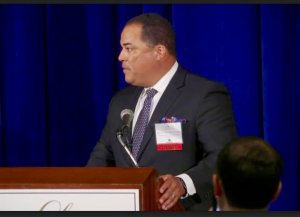 Carmelo Ríos Santiago, "I am angry."

Cortés is founder and President of Esperanza, a network of more than 13,000 Hispanic faith and community-based organizations. The popular Cortés, who delivered the Invocation Prayer at President Obama's 2013 Inaugural Luncheon, spoke to "cultural and Hispanicness," and the fight for the future dignity of "every Latino child's heart."

The National Hispanic Caucus of State Legislators (NHCSL), which is dedicated to organizing and representing the interests of now over 400 elected Hispanic State legislators throughout the United States and its territories, served as the event community partner.

"For the last two years, it feels like we have been in an overdrive, in a permanent state of emergency; constantly fighting to defend our community, one attack after the other.  Frankly, I don't know about you, but I am angry ... at the cruel images we see on TV of families being separated at the border ... at the reckless effort to fracture our nation by pitting one group against another in a war of Us versus Them .... at the conniving efforts to undercount our people in the 2020 census .. at the Muslim ban, the building of The Wall, the attempt to strip LGBT people of their civil rights .... I know you are angry too."

The second-largest ethnic group in the United States, the Latino community compromises approximately 18% of the US population and over 12% of the voting electorate.

Other speakers included an invocation from The Reverend Bonnie Camarda of the Salvation Army, a video tribute from US House Minority Leader Nancy Pelosi, remarks from sponsors Julio Suarez of Anheuser-Busch, McArthur Stephen of GEICO, and recognition of other sponsors Chic-fil-A Foundation, Planned Parenthood Federation of America, and Southwest Airlines. 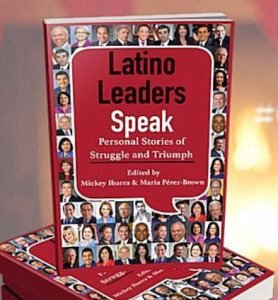 Latino Leaders Speak: Personal Stories of Struggle and Triumph
A collection of 33 keynote addresses by some of our country's most prominent Latino voices -- elected officials, labor, administration, business and faith leaders, an astronaut, journalist, athlete, artist, author and other activists -- who have paved the way for future generations.