The annual Academy Awards, which recognize accomplishment in the movie industry, have also historically served as the premier stage for political statements by Hollywood's best and brightest, and last night was no exception. 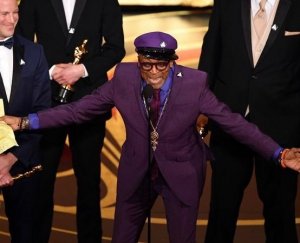 As the evening was sans host for the first time in 30 years, there was no opening monologue to kick off the usual political zingers and overtures to the White House.

That did not stop, however, presenters and award recipients from getting the message through at last night's 91st "Oscars."

Message(s) from the Stars

"There is no host tonight. There won't be a popular movie category. And Mexico is not paying for the wall." -- Comedian and former SNL cast member Maya Rudolph.

"There are no borders or walls that can restrain ingenuity and talent." -- Actor Javier Bardem presenting the award for Best Foreign Language Film category 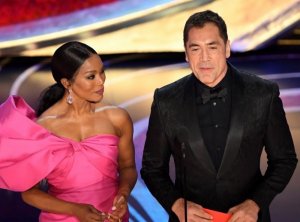 This movie "reminds us of the understanding and compassion that we all owe to the invisible people in our lives - immigrants and women - who move humanity forward." -- Celebrity Chef José Andrés introducing Best Picture nominee Roma.

Ruth Bader Ginsberg is "a woman who has spent her career at the forefront of the fight against gender discrimination ... Justice Ginsburg, if you'd ever like to borrow the dragons, ring me." -- Game of Thrones' "Mother of Dragons" character Emilia Clarke introducing Best Original Song nominee, I'll Fight from documentary RBG.

"We made a film about a gay man, an immigrant, who lived his life just unapologetically himself. And the fact that I'm celebrating him and this story with you is proof that we're longing for stories like this." -- Rami Malek, accepting the Best Actor Oscar for his performance as Queen's Freddie Mercury in Bohemian Rhapsody.

"I can bear witness that the portrait of that time and place in our history is very real. It is seared in my memory ... Our nation bears the scars of that time, as do I."
-- Civil Rights icon and Congressman John Lewis, introducing Best Picture nominee Green Book. 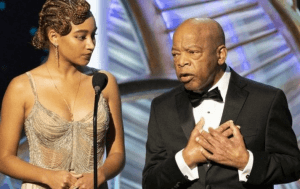 "Marvel may have created the first black superhero, but through costume design, we turned him into an African king ... Thank you to the Academy ... for the empowered way women can look and lead on screen." -- Ruth E. Carter, who made History as the first black woman to win Best Costume Design, for Black Panther.

"The 2020 presidential election is around the corner. Let's all mobilize. Let's all be in the right side of history. Make the moral choice between love versus hate. Let's do the right thing!" -- Director Spike Lee, accepting the Oscar for Best Adapted Screenplay for BlacKkKlansman

July 15, 2019 While the public and pundits are focused on the viability of Democratic presidential contenders through their fundraising and polling numbers, another sign of early credibility is...