As the baseball season winds down, there is one more chance to win incredible tickets and contribute to the Paul Booth Legacy fund!

Whether you are in DC, want to gift the tickets to a friend, or just want to contribute to the legacy of one of our country's greatest organizers, make a contribution to the baseball raffle below for tickets this Thursday, September 20th, to the Nationals vs. Mets game!

An Organizer
3.  A missionary for a movement, a living adjective in motion.

* accepts knowing an issue is not the same as knowing how to organize around it.
* sets the pace for dependability, dedication, execution and accountability.
* speaks to the culture and language of the people he is trying to reach.
* builds organizations by providing leadership and a roadmap for growth.
* provides answers, but seeks new solutions.
* teaches people how to become activists, and activists how to become organizers.
* inspires, trains and develops new leaders from within the rank and file.
* knows solidarity is only as strong as those who instill it.
* at his best, is a master of detail, strategy, mobilization, and timing.
* at heart, is a part of a community, and an advocate for its people and their cause.
* earns his reputation from the respect of those whom he is entrusted to lead
* knows that with one conversation and one vote you can effect change.
-- Kimberly Scott 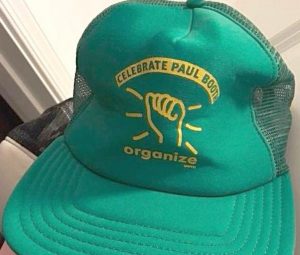 DemList is a daily political column dedicated to informing and connecting you on the issues, politics and the players.
SignUp to receive the Dailys. Follow us on Facebook and Twitter

Obama became the first sitting president to ever visit Hiroshima this week. To celebrate “presidential firsts” we cracked open the history books to some of the most notable inaugural...

October 6, 2017 The playoffs for Major League Baseball’s World Series, first held in 1903, began this week, marking one of the most excited and anticipated months in American sports. The MLB...