Now three weeks after the 2018 elections, the last of the major midterm races was decided last night, bringing the balance of power in the upper chamber to 53 Republicans and 47 Democrats. 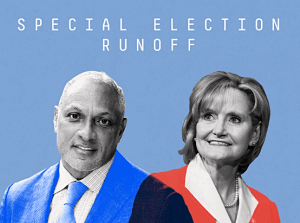 Hyde-Smith, who was appointed in March to fill the seat vacated by ailing seven-term Senator Thad Cochron (R), led a field of four candidates coming out of the November 6th contest.

As no candidate earned 50+%, however, an automatic runoff election was triggered, leading to Tuesday's showdown between the freshman Senator and Espy, a black former Congressman and Agriculture Secretary under President Bill Clinton.

Although considered an uphill battle, Democrats held out hope that the blue wave nationally that swayed some dissolutioned Trump supporters, might transfer to results in the ruby-red southern state which the President won by 18 points in 2016.

The runoff, one of a handful of undecided races following the midterms, drew additional national attention following a series of gaffs by Hyde-Smith perceived as prejudicial to African Americans, who make up roughly 35% of Mississippi's populace.

Although not enough to overcome the state's conservative base, Espy moved the scale slightly, outperforming previous Democratic Senate candidates over the last three decades.

Last Call
In the interim, early vote is ongoing through November 30th in the Georgia Secretary of State Runoff election, where Democrat John Barrow and Republican Brad Raffensperger will faceoff December 4th. 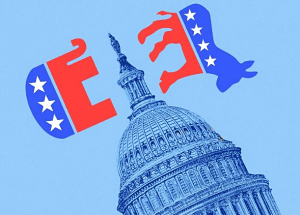 Early voting has also begun, and will run through December 1st in Louisiana, where Democrat Gwen Collins-Greenup is facing Republican Kyle Ardoin in the December 8th runoff election for Secretary of State.

In California's 21st Congressional District, the final House seat still hanging in the balance, Democratic challenger TJ Cox was ahead of Republican incumbent David Valadao by 436 votes as of Monday, and the count continues.

Should Cox prevail, Democrats will have won 42 GOP-held seats for a net gain of 40 seats, bringing final control of the House to 235 Democrats and 200 Republicans.

February 15, 2022 In less than 24 hours, the Russian Federation is expected to invade Ukraine, one of 15 republics that seceded from the Soviet Union in 1991. At 2:00pm yesterday, Ukrainian...