With Democrats' control of the House comes an internal battle for who will lead their party moving forward, to be decided in the coming weeks as Congress returns for the lame duck session.

The lame duck session is also an opportunity for the current Republican majority to push through any key legislative initiatives before Dems formally take control of the House. 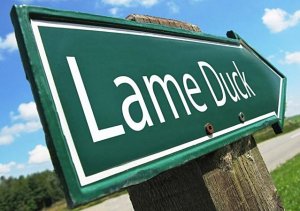 At the top of the GOP agenda is immigration, and funding for President Trump's US-Mexico border wall - a debate that threatens a stalemate.

The House and the Senate jointly must pass appropriation bills to ensure sectors of the government budget continue to receive funding.

With five out of twelve House and Senate appropriations bills passed, Congress must still agree on a remaining seven by December 7th, or face a partial government shutdown.

THE INCOMING
The outgoing members of the 115th Congress will be joined by the freshman class of the incoming 116th Congress, who descended on Washington today to begin their congressional orientation. 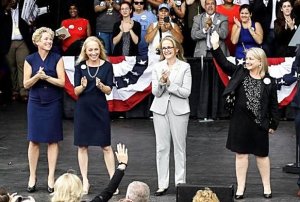 The newbies won't be voting on legislation until they are sworn into office January 3, 2019, but will spend the next week learning the ropes, organizing their new offices and jockeying for committee assignments.

The entire class will attend the Program for Newly-Elected Members of Congress at the Harvard's Kennedy Institute of Politics December 4-6th.

Their most important agenda item, however, will be electing their leadership in a vote expected to take place November 28 and 29th.

How It Works
The floor leaders and whips of each party are elected by their respective parties in a closed-door caucus by secret ballot.

The Speaker is nominated in closed-door session, but not officially elected until a public vote when the new Congress reconvenes.  It takes a majority of 218 votes to secure the Speakership.

THE CONTENDERS
Speaker
Duties: The presiding officer, political and parliamentary leader of the US House of
Representatives, responsible for the House legislative calendar and direct management for all House committees. The Speaker does not usually participate in debate and rarely votes on the floor. 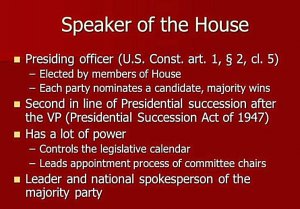 Nancy Pelosi (CA): First elected to Congress in a special election in 1987, Pelosi served as Speaker from 2007 to 2011, and as Minority Leader since under Republican control of the House.

Pelosi was the favorite subject of attack by GOP conservatives in the midterms, who attempted to tie their Democratic opponents to the "liberal leader from San Francisco" in individual races.

Calls for Pelosi, 78, to step aside for the next generation of leadership have persisted since 2016, when she was challenged by Tim Ryan (OH), then 43, in the race for Minority leader, and lost 63 votes on a secret ballot.

The formidable legislator and political tactician, however, has not drawn opposition this time, and after leading the successful overthrow of the House, in a year that will seat the largest number of women and minorities in Congress, a serious challenge is unlikely. 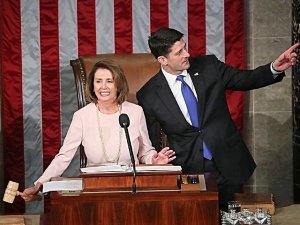 Majority Leader
Duties: Responsible for managing and scheduling the legislative agenda, lobbying colleagues on floor measures, and, in general, working to advance the goals of the party.

Steny Hoyer (MD), 79, who has served as House Majority Leader from 2007 to 2011, and Majority Whip under Republican control, is unchallenged.

Clyburn is being challenged by Congresswoman Diana DeGette (CO), 61, who currently serves as a Chief Deputy Whip, an appointed position.

Assistant Democratic Leader
Duties: Liaison between the leadership, the Appropriations Committee and the rest of the caucus on spending matters. 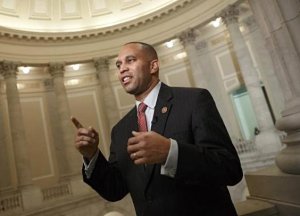 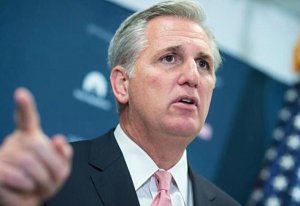