It is important to be reminded, however, that the extra day provided by today's federal holiday is in recognition of the American labor movement and the social and economic achievements of American workers. 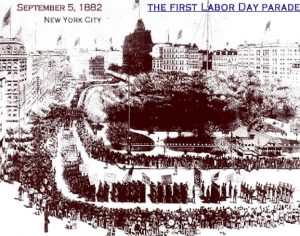 The concept of "Labor Day" was first promoted in 1882 by Central Labor Union Secretary Matthew Maguire and American Federation of Labor co-founder Peter McGuire to honor "the laboring classes, who from rude nature have delved and carved all the grandeur we behold."

It was the height of the Industrial Revolution in the United States, and the average American worked seven-day weeks, 12-hour days, to eke out a basic living. People of all ages, particularly the very poor and recent immigrants, often faced extremely unsafe working conditions, with insufficient access to fresh air, sanitary facilities and breaks.

As manufacturing increasingly supplanted agriculture as the wellspring of American employment, labor unions, which had first appeared in the late 18th century, grew more prominent and vocal. They began organizing strikes and rallies to protest poor conditions and compel employers to renegotiate hours and pay. 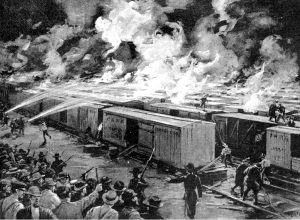 On September 5, 1882, 10,000 workers took unpaid time off to march from City Hall to Union Square in New York City, holding what became to be known as the first Labor Day parade in US history.

The idea of a "workingmen's holiday," celebrated on the first Monday in September, caught on in other industrial centers across the country, and many states passed legislation recognizing Labor Day. It would not be for 12 years, however, following a watershed moment in the labor movement, that Congress would legalize the holiday.

The Pullman's Strike
On May 11, 1894, employees of the Pullman Palace Car Company in Chicago went on strike to protest wage cuts and the firing of union representatives. 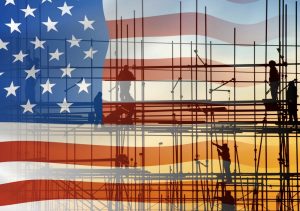 To break the Pullman strike, the federal government dispatched troops to Chicago, unleashing a wave of riots that resulted in the deaths of 30 civilians, the severe injury of dozens and the burning of much of the south side of Chicago.

In the wake of this massive unrest, and in an attempt to repair ties with American workers, President Crover Cleveland urged Congress to pass an act making Labor Day a legal federal holiday.

The legislation was signed into law by Cleveland on June 28, 1894.

Labor Day is a reminder of the hard-fought privileges won then -- and the ongoing struggles of today's American labor movement.