It is important to be reminded, however, that the extra day provided by today's federal holiday is in recognition of the American labor movement and the contribution workers have made to the strength, prosperity, and well-being of our country.

The concept of "Labor Day" was first promoted by the Central Labor Union and the Knights of Labor, which organized the first parade in New York City in 1882. In 1887, Oregon was the first state to celebrate Labor Day as a public holiday before it was signed into law as a federal holiday by President Grover Cleveland in 1894.

The legislation was driven by Cleveland in an attempt to solidify support among trade unions following the historic Pullman's strike that year -- and the  deaths of workers at the hands of the US Army and US Marshals Service who intervened under his direction. 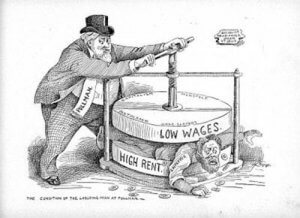 "Condition of the Laboring Man atPullman 1894"

Led by Eugene V. Debs,125,000 workers walked off their jobs, boycotted the Pullman Palace Car Company. The Pullman's Strike was the first time a federal injunction was used to break up a strike, causing the deaths of 30 civilians, the severe injury of dozens and the burning of much of the south side of Chicago.

The strike was a turning point in history and Labor Day is a reminder of the hard-fought privileges won then - and the ongoing struggles of today's American labor movement. 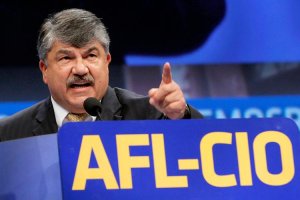 DemList relies primarily on individual contributions to support our work. Please Help DemList with a $25, $50 or $100 Contribution Today!

July 17, 2017 One of the coolest and increasingly essential conferences each year is Netroots Nation — the country’s largest annual gathering for progressives, to be held this year...