November 29, 2016
It has been a busy start to the holiday season! For those just returning from vacation, or post-election hibernation, the presidential is still not quite over.
The Recount
Last Wednesday, November 23th, Green Party candidate Jill Stein announced a "recount" effort in the three battleground states of Wisconsin, Michigan, and Pennsylvania -- all states that were lost by Hillary Clinton and won by President-elect Donald Trump.
Stein, who received less than 135,000 votes in the three states, said she is motivated to "hold the institutions of democracy accountable;" and was encouraged to file for a recount by data experts and election lawyers who cite voting irregularities and possible security breaches that could have manipulated the results of elections in those states.
According to University of Michigan's J. Alex Halderman, "The only way to know whether a cyberattack changed the result is to closely examine the available physical evidence - paper ballots and voting equipment. Unfortunately, nobody is ever going to examine that evidence unless candidates in those states act now ... to petition for recounts."
On Saturday, Hillary Clinton's Campaign officially joined the recount effort in Wisconsin with
representatives on the ground monitoring the count.
Since announcing the effort on November 23rd, Stein has raised over $7 million for the Green Party's recount fund, which goes to state filing fees, the legal team and the cost of recount observers in each state.
Note: Stein stated surplus funds would be used toward "election integrity efforts and to promote voting system reform."  FEC rules state that surplus funds may be donated to a charity or political party, but cannot be used for personal benefit. Any additional use would have to be approved by the FEC.
The requirements for a "recount" or what is actually an audit, varies in each state. 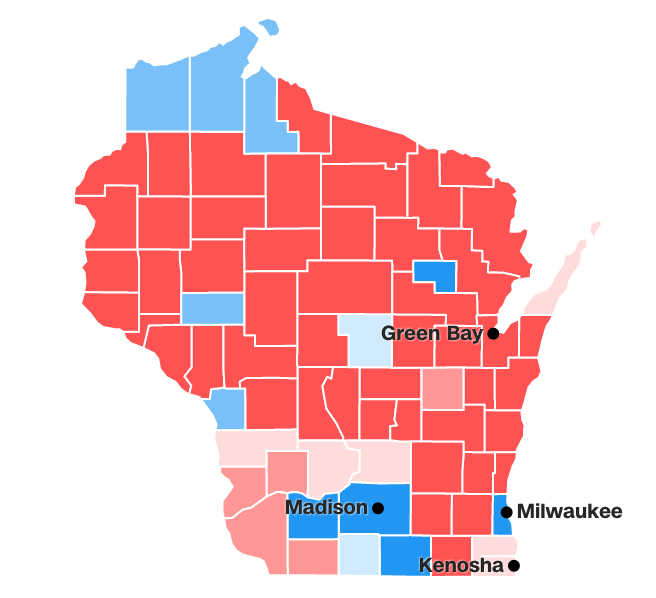 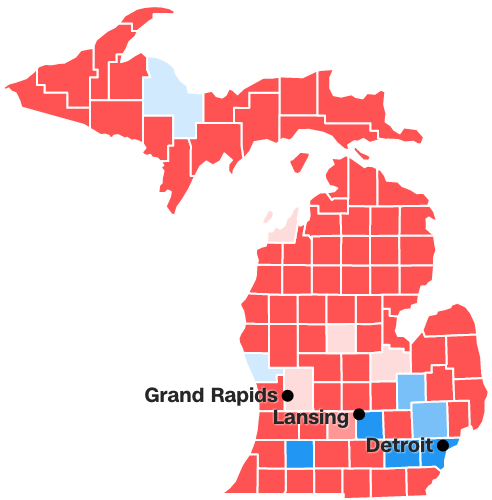 The Stein Campaign sued after the agency declined to require county officials to recount the votes by hand and is awaiting a decision by the Dane County Circuit Court before the recount begins this Thursday.
MICHIGAN (Electoral Votes: 16)
Trump: 2,280,000
Clinton: 2,268,000
Stein: 51,000
Current margin between Trump and Clinton: 12,000
Status:  Stein plans to file with the Board of State Canvassers tomorrow (11/30). Under state law, Trump can challenge the request.

PENNSYLVANIA (Electoral Votes: 20)
Trump: 2,913,000
Clinton: 2,845,000
Stein: 49,000
Current margin between Trump and Clinton: 68,000
Status: For a recount, the Keystone state requires that a candidate must win a lawsuit based on evidence of voting irregularities, or get three voters in each of its 9,163 voting precincts to request a recount. Stein filed a lawsuit Monday, while supporters began filing recount requests at the precinct level.
Could the recount change the outcome of the election?
There's no precedent for a recount overturning a margin even close to those in the three states, but there are many things about this election that are unprecedented.
Any recount must be done by the federal deadline of December 13th - or lose that state's electoral votes in the final tally December 19th.

While technically possible, Clinton would have to overcome her vote deficits in all three states in order to wrest the electoral votes necessary to overcome Trump.
Clinton still leads the popular vote by approximately 64,470,000 to Trump's 62,380,000 despite Trump's 306-232 win in the Electoral College.
DemList will keep you informed on all developments!
DemList
Connecting you to The Party
Connecting you to Each Other
Kimberly Scott
Publisher

November 21, 2018   “The rule barring asylum for immigrants who enter the country outside a port of entry irreconcilably conflicts with the Immigration and Nationality Act and the...