Georgia will be the location of the fifth Democratic primary debate, underscoring the growing significance of the traditionally red state in the 2020 elections. 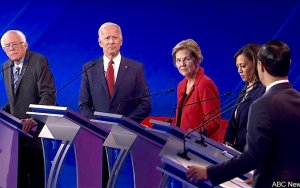 The state, strategically targeted by the Democratic National Committee (DNC), has two US Senate seats, the congressional delegation and both state legislative chambers up for election in 2020.

Georgia, with its 16 electoral votes, has been a longstanding Republican stronghold, voting for the Republican candidate in the last five presidential elections.

However, the state's shifting voter demographics are now giving Democrats hope of electoral gains in the southern state next November.

Their hopes are founded on the outcome of the 2018 elections where, despite a loss in the country's highest profile Governor's race, Democrats made significant gains on the ground.

Going into the 2018 elections, Republicans held a state government trifecta, with control of the Governor's mansion and a majority in the State Senate and State House.

The GOP held onto their majority in both chambers, but lost two seats in the State Senate, for a current total of 35 R seats to 21 D. All 56 Georgia Senate seats are up for election in 2020. 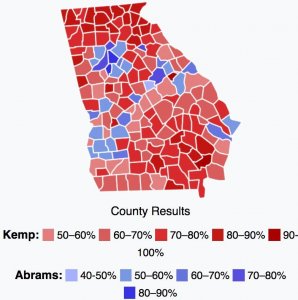 The contest was at the heart of the country's most bitter recount and legal battle following widespread allegations of voter suppression under Kemp, who oversaw most of the process as Secretary of State, and disqualified thousands of votes.

Despite her loss, Abrams, the first black woman to secure a major party gubernatorial nomination in US history and the first woman of any race to do so in the state, turned out more voters than any Democrat in Georgia history.

Abrams has taken herself out of the running for US Senate in 2020, saying she is focused on leading voter protection efforts in key states across the country.

2020 Landscape
US House
Republicans also held 10 of Georgia's 14 US House seats going into 2018, but lost one with Lucy McBath's (D) victory over incumbent Karen Handel (R) in the sixth CD.

In 2020, the open seat being vacated by retiring Republican Rob Woodall in the 7th CD, offers another opportunity for Dems to take a seat. Woodall won re-election in 2018 by a 433 vote margin, making it the closest House race of the 2018 election by number of votes. 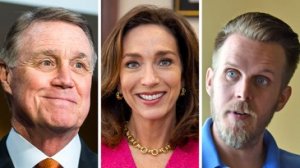 US Senate
Georgia has two US Senate seats up in 2020. The first is the regular election up for incumbent Republican David Perdue, and the second, a special election to fill the remaining term of Republican Johnny Isakson, who announced his early retirement due to health issues, effective December 31, 2019.

The state's junior Senator, David Perdue, was first elected in 2014 with 52.89% of the vote. A former businessman, and cousin of former Trump Secretary of Agriculture Sonny Perdue, he served as CEO of Reebok, Dollar General, and Pillowtex.

He is considered formidable, but vulnerable, and has drawn a field of Democratic challengers. They include former Columbus Mayor Teresa Tomlinson, Clarkston Mayor and State Party Vice Chair Ted Terry, and former congressional candidate Jon Ossoff. Auto executive and former Lt. Governor candidate Sarah Riggs Amico, a conservative Democrat, has also filed, as have two others.

Three-term incumbent Johnny Isakson's retirement announcement in August set off a scramble for candidates, in more ways than one.

Under Georgia law, Governor Brian Kemp will appoint a replacement to serve through 2020, who will likely be the anointed candidate to run in 2020 to fill out the rest of Isakson's term, which is up in 2022. 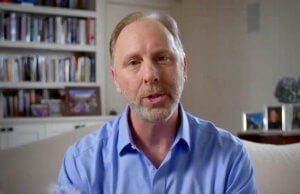 Matt Lieberman is first Dem to announce for Isakson's seat

Kemp made the unusual move last month of inviting the public to apply for the appointment online, garnering 500+ applicants. Although no candidate has filed for the 2020 contest, the "deep bench" of contenders is said to include current US Congressmen Doug Collins and Tom Graves.

On the Democratic side, Matt Lieberman, an entrepreneur and son of former US Senator Joseph Lieberman, became the first to enter the race this week. A number of other candidates, however, are expected to jump in, including State Senators Jen Jordan and Nikema Williams, DeKalb chief executive Mike Thurmond and ex-US Attorney Ed Tarver.

Redistricting
Under Georgia state law, the legislature is responsible for drawing new maps for US House and state legislative seats under redistricting, but the Governor has the power to veto their proposed plan.