On Monday the US Supreme Court (SCOTUS) declined to hear a case regarding North Carolina's restrictive election law, leaving in place a lower court ruling that declared the law as unconstitutional in its efforts to target African Americans with 'almost surgical precision.'

The North Carolina legislation, which was signed into law by former Republican Governor Pat McCrory, was challenged by the Obama administration, the NAACP and other civil rights groups, but was upheld by US District Judge Thomas Schroeder. 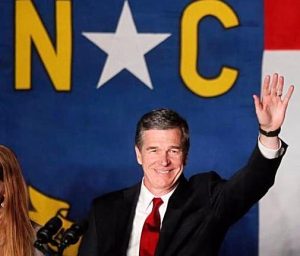 However, a three-judge panel of the 4th US Circuit Court of Appeals subsequently struck down parts of the law, including its voter ID requirements, a rollback of early voting from 17 days to 10, elimination of same-day registration and preregistration of teenagers who would turn 18 by election day.

In February newly elected Democrats Governor Roy Cooper and Attorney General Josh Stein, asked the court to dismiss the petition for review, but the GOP-controlled General Assembly opposed the motion. 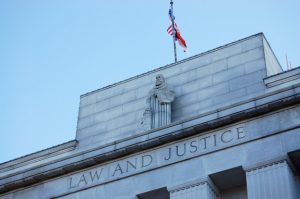 The series of motions raised the question of which branch of government - the executive office or legislative -- actually represents the state, and that procedural conflict was the basis for the SCOTUS ruling Monday.

Per Chief Justice John Roberts, "Given the blizzard of filings over who is and who is not authorized to seek review in this Court under North Carolina law, it is important to recall our frequent admonition that 'the denial of a writ of certiorari imports no expression of opinion upon the merits of the case."

Regardless, the news was a welcome announcement for democrats and advocates of civil rights concerned with the new conservative lean of the high court since Trump's appointment of Justice Neil M. Gorsuch. 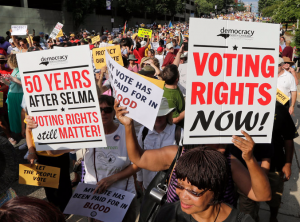 DNC Chairman Tom Perez called the ruling "a huge victory for voters and a massive blow to Republicans trying to restrict access to the ballot, especially in communities of color."

The next voting rights case before the justices is likely to be a challenge to a federal district judge's ruling last month that the Texas Legislature's
2011 voter ID laws intentionally discriminated against black and Hispanic voters.

For now, we will settle for a victory lap.