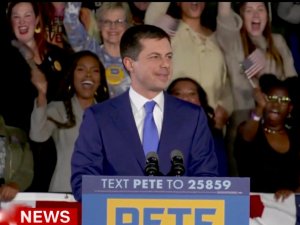 Last night, three hours after the 7:00pm CT start of the caucuses, the IDP released a statement saying that due to "inconsistencies in the reporting of three sets of results," the outcome would be delayed. They assured anxious viewers that the issue, which was with their app, was "not a hack or intrusion. The underlying data and paper trail is sound." At that point, roughly 25% of precincts had reported their results.

In a statement they confirmed, "While the app was recording data accurately, it was reporting only partial data... due to a coding issue in the reporting system."

By midnight all the candidates had given speeches, without results, claiming some level of victory before heading out to New Hampshire. At 2:00am this morning the IDP announced the results would be released late this afternoon.

At 4:00pm CT today Iowa Democratic Party Chair Troy Price Chair, apologizing for the "multiple reporting challenges," released 62% of the vote from Iowa's 99 counties. Price would not commit to when the remaining numbers would be reported.

With 62% of the Precincts Reported
The Numbers (so far)
The process was further complicated by the fact that, for the first time in history, Iowa is reporting three set of results as opposed to just the delegate allocation.

Those include 1) the initial raw number or popular vote of supporters in the first round vote at each caucus, 2) the second vote numbers after supporters realigned behind those who reached the 15% threshold for continuing, and 3) the third count of state delegate equivalents awarded to the top ranking Democrats.

While Buttigieg is leading the delegate count, which is the final determination of victory, Bernie Sanders leads in the second round vote totals which measure the raw or popular vote. The disparity between the Buttigieg and Sanders numbers is accounted for by the fact that Buttigieg performed better in the rural areas where there are more delegates per caucusgoer.

The most outstanding votes are in Polk County, the state's largest, which includes Des Moines. With 54% of Polk County's vote reported, Sanders and Buttigieg are neck and neck at 27% and 26% respectively, with Warren at 21% and Biden trailing at 15%. 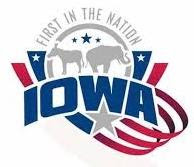 While former frontrunner Joe Biden is currently running fourth in the Iowa results, his top standing in the national polls ensures his place as a top contender going into the rest of the early primaries -- for now.

In the history of the Iowa caucuses, no candidate who has ever finished worse than third among the contenders has gone on to win the Democratic nomination.

A strong performance in Iowa was necessary for Buttigieg, Warren and Klobuchar, who have been trailing behind Sanders and Biden on the national level.

But the delayed results, still incomplete, robbed both Buttigieg and Sanders of the full benefits of a true election night victory, and likely the surge of accompanying contributions.

The candidates are not the only ones who may feel robbed under the circumstances. An estimated $300 million has been spent in the Hawkeye State by campaigns and outside organizations on media, field operations and organizing. 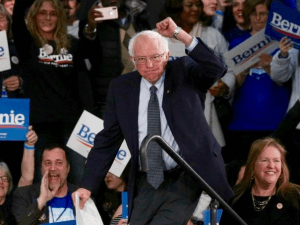 After last night's debacle, Democratic candidate Michael Bloomberg, who is not participating in the Iowa or New Hampshire primary contests, announced he plans to double his own national media buy. The self-funder has already exceeded the total spent by all the other campaigns combined.

In the interim, the impeachment trial of President Donald J. Trump continued today, with Senators delivering their final individual speeches on the floor.

Tomorrow, the four US Senators running for president, Sanders, Warren, Klobuchar and Michael Bennet, return to Washington, DC for the final vote on the conviction or acquittal of Donald Trump.

The vote, which will take place Wednesday at 4:00pm, is unfortunately expected to move forward without a hitch.