Today kicked off day two of the second Senate impeachment trial of Donald J. Trump, and the beginning of the House Manager's formal case against the former president. 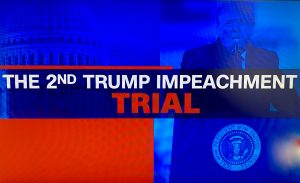 In Tuesday's proceedings, lead House Manager Jamie Raskin (MD) opened with a violent video of the January 6th insurrection at the US Capitol that set the stage for today's arguments.

The focus of Day One, however, was on settling the question of the legal jurisdiction of the trial, which ended with a bipartisan vote of 56-44 affirming its constitutionality.

Day one also provided insight into the defense, led by Trump's attorneys, who did a "terrible job" and were "disorganized, random," according to Republican Senator Bill Cassidy (LA), who voted with Democrats to move forward with the trial.

Over 220 people have so far been charged

Trump attorneys David Schoen and Bruce Castor Jr. were appointed just over a week ago, after all five members of Trump's previous defense team quit days before.

Day Two
For over seven hours Wednesday, the House Impeachment Managers meticulously chronicled the months-long buildup to the January 6th Capitol attack, using Trump's own words and communication to paint a clear picture of his premeditated actions.

One-by-one, each of the nine Impeachment managers spoke to a different phase of Trump's crimes and insurrection, using countless exhibits of tweets, documentation and video footage to prove their case. 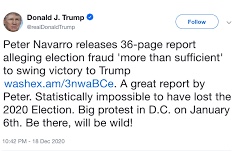 Trump tweeted about the upcoming rally over a dozen times

Congressmen Joe Neguse (CO), Joaquin Castro (TX) and Eric Swalwell (CA) began with Trump's provocation of "The Big Lie" that the election was stolen, his actions leading up to the "Stop The Steal" rally the day of the assault, and Trump's "inspiration" of the mob to "fight like hell."

Congresswoman Madeleine Dean (PA) laid out Trump's "relentless efforts" to retain the presidency, including filing 61 unsuccessful lawsuits to try to overturn the results of the election.

She further detailed Trump's attempts to pressure and threaten elections officials, including his recorded call to Georgia's Republican Secretary of State Brad Raffensperger to "find 11,780 votes."

Congressman Ted Lieu continued with Trump's attacks on what the then-president called the "Surrender Caucus" -- individual Senators and Members of Congress who did not support his attempts to contest the election.

The California Congressman also presented evidence of Trump's pressure on Attorney General William Barr to investigate the election, despite a memo from 16 Assistant US Attorneys that there was "no malfeasance." 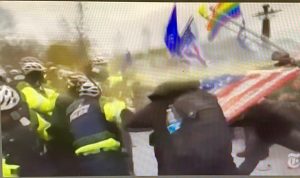 It was the dramatic narration of events, however, laid out in detail by the impeachment managers and accompanied by never-before-seen footage, that kept viewers glued to the proceedings.

Presented from the different perspectives of members of Congress, the police, and the rioters themselves, individual managers took the senate jurists through the timeline, portraying the full and devastating picture of the reality of that day.

Madeleine Dean stated, "Just after 2:10, an hour after President Trump finished his speech, the insurrectionist mob overwhelmed capitol security and made it inside of the halls of Congress, draped in Trump's flag and using our flag, the American flag, to batter and to bludgeon. 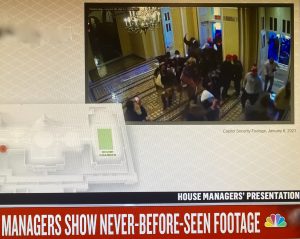 "And at 2:30pm I heard that terrifying banging on the House chamber doors. For the first time in more than 200 years, the seat of our government was ransacked on our watch."

The reconstruction of the violence inside the Capitol, by Congresswoman Stacey Plaskett (USVI) and Congressman Eric Swalwell, was particularly powerful as Plaskett, with the aid of maps and video, showed "the chilling evidence" of how the mob spread out through the Capitol searching for House Speaker Pelosi and Vice President Mike Pence.

She was followed by Joaquin Castro, who detailed how Trump failed to heed the pleas of his own party to stop the mob from inflicting more violence, which included rioter's threats to "Hang Mike Pence" for supporting the certification of the election results that day.

Castro pointed to appeals to Trump just after 3:00pm from his former White House Chief of Staff Mike Mulvaney, from Republican House Minority Leader Kevin McCarthy, and from Republican Congressman Mike Gallagher (WI), who tweeted, "Mr. President, you have got to stop this. You are the only person who can call this off. Call it off now."

The Senate adjourned as a court of impeachment at 7:43 pm and will commence Wednesday at 12noon ET.

Related
DemDaily: The Prosecution: Day One 2/9/21
DemDaily: On Convicting Trump. Where They Stand 2/8/21

Thanks to Our Supporters

September 2, 2021 At 11:56pm Tuesday night, the Whole Women’s Health Clinic in McAllen, Texas serviced its last client, then shut its doors, ending the final hours of legal abortion care in...

July 18, 2018 Now 110 days away from the mid-term elections and the start of the official presidential season, the positioning and posture of potential presidential candidates is underway. The...

March 12, 2020 While the race for delegates has narrowed to a two-person race between Joe Biden and Bernies Sanders, many are asking: what happens to the pledged delegates already allocated to...