In addition to the Inaugural Line Up we released earlier Thursday, three new events have been added to the official program, which now kicks off Saturday.

Over the course of the next five days, Americans will be able to tune in and participate safely from home in a series of innovative virtual events surrounding the inauguration celebration, themed "America United."

These include tomorrow night's celebration of "America's Gamechangers" and Sunday's "We The People" concert, followed by Monday's "United We Serve" National Martin Luther King Day of Service and evening tribute to the spirit and commitment of the late civil rights leader.

Tuesday evening's COVID-19 Memorial will honor the lives lost to the pandemic, before the day-long suite of inaugural events celebrating the swearing in of Joseph Biden and Kamala Harris as our next President and Vice President.

New to the Schedule: 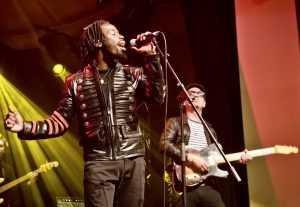 JANUARY 16th, SATURDAY
America United: An Inauguration Welcome Event Celebrating America's Changemakers
7:00pm-8:00pm ET
The welcome event, which will "celebrate America, reflect and honor our history, and highlight the incredible diversity of the nation," will feature musical performances, celebrity appearances, and remarks from popular public leaders from cities across the country. 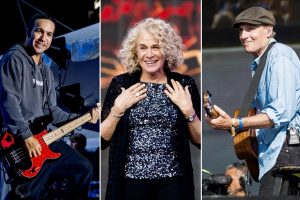 To Watch with any level of contribution: Donate 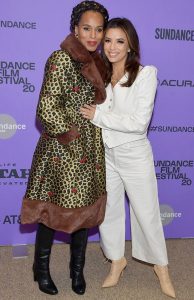 JANUARY 18th, MONDAY
United We Serve: A Celebration of the National MLK Day of Service

PIC will host an hour-long celebration with a host of entertainers, inspiring speakers, and stories celebrating the legacy of the late civil rights leader and the Biden-Harris Administration's commitment to service.

Eva Longoria and Kerry Washington will play host, and will introduce segments ranging from stories of young people making a difference in their communities to musical performances from Foo Fighters, John Legend, and Bruce Springsteen. Other artists joining from iconic locations across the country include Demi Lovato, Justin Timberlake, Ant Clemons, and Jon Bon Jovi with more to come!

December 18, 2018 Amidst the firestorm of other headline news, an unhappy public is facing a partial shutdown of the United States Government. In a December 11-16 USA Today/Suffolk University...