Amid nine days of protest and civil unrest following the death of George Floyd, four former United States presidents spoke out this week as the void of leadership in the current White House compelled them to voice their concerns, their words of comfort, and their call for change and community to an anxious nation.

It was an unprecedented collective of statements during an unprecedented time in our country's history -- each in stark contrast to the current president who has stoked the seeds of hate and flamed the fires that have spread through our cities nationwide. 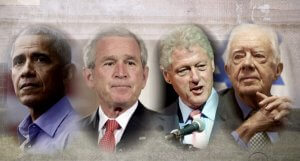 "No one deserves to die the way George Floyd did...

Fifty-seven years ago, Dr. King dreamed of a day when his 'four little children would be judged not by the color of their skin, but by the content of their character.' Today, that dream seems even more out of reach, and we'll never reach it if we keep treating people of color with the unspoken assumption that they're less human...

We need to see each other as equally deserving of life, liberty, respect, dignity, and the presumption of innocence.  We need to ask ourselves and each other hard questions, and listen carefully to the answers.

Here's where I'd start.

If George Floyd had been white, handcuffed, and lying on the ground, would he be alive today? Why does this keep happening? What can we do to ensure that every community has the police department it needs and deserves? What can I do? 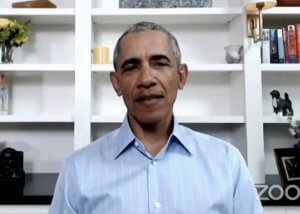 "First, the waves of protests across the country represent a genuine and legitimate frustration over a decades-long failure to reform police practices and the broader criminal justice system in the United States...

(But) let's not excuse violence, or rationalize it, or participate in it. If we want our criminal justice system, and American society at large, to operate on a higher ethical code, then we have to model that code ourselves...

The point of protest is to raise public awareness, to put a spotlight on injustice, and to make the powers that be uncomfortable; in fact, throughout American history, it's often only been in response to protests and civil disobedience that the political system has even paid attention to marginalized communities. But eventually, aspirations have to be translated into specific laws and institutional practices - and in a democracy, that only happens when we elect government officials who are responsive to our demands...

The elected officials who matter most in reforming police departments and the criminal justice system work at the state and local levels...

So the bottom line is this: if we want to bring about real change, then the choice isn't between protest and politics. We have to do both. We have to mobilize to raise awareness, and we have to organize and cast our ballots to make sure that we elect candidates who will act on reform...

I recognize that these past few months have been hard and dispiriting - that the fear, sorrow, uncertainty, and hardship of a pandemic have been compounded by tragic reminders that prejudice and inequality still shape so much of American life. But watching the heightened activism of young people in recent weeks, of every race and every station, makes me hopeful. If, going forward, we can channel our justifiable anger into peaceful, sustained, and effective action, then this moment can be a real turning point in our nation's long journey to live up to our highest ideals.  Let's get to work." 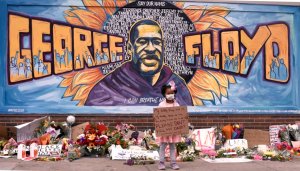 "Laura and I are anguished by the brutal suffocation of George Floyd and disturbed by the injustice and fear that suffocate our country. Yet we have resisted the urge to speak out, because this is not the time for us to lecture. It is time for us to listen...

The only way to see ourselves in a true light is to listen to the voices of so many who are hurting and grieving. Those who set out to silence those voices do not understand the meaning of America - or how it becomes a better place...

The heroes of America - from Frederick Douglass, to Harriet Tubman, to Abraham Lincoln, to Martin Luther King, Jr. - are heroes of unity. Their calling has never been for the fainthearted. They often revealed the nation's disturbing bigotry and exploitation - stains on our character sometimes difficult for the American majority to examine. We can only see the reality of America's need by seeing it through the eyes of the threatened, oppressed, and disenfranchised."

That is exactly where we now stand. Many doubt the justice of our country, and with good reason. Black people see the repeated violation of their rights without an urgent and adequate response from American institutions. We know that lasting justice will only come by peaceful means. Looting is not liberation, and destruction is not progress. But we also know that lasting peace in our communities requires truly equal justice. The rule of law ultimately depends on the fairness and legitimacy of the legal system. And achieving justice for all is the duty of all.

This will require a consistent, courageous, and creative effort. We serve our neighbors best when we try to understand their experience. We love our neighbors as ourselves when we treat them as equals, in both protection and compassion. There is a better way - the way of empathy, and shared commitment, and bold action, and a peace rooted in justice. I am confident that together, Americans will choose the better way." 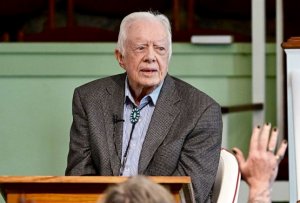 "Rosalynn and I are pained by the tragic racial injustices and consequent backlash across our nation in recent weeks. Our hearts are with the victims' families and all who feel hopeless in the face of pervasive racial discrimination and outright cruelty. We all must shine a spotlight on the immorality of racial discrimination. But violence, whether spontaneous or consciously incited, is not a solution.

As a white male of the South, I know all too well the impact of segregation and injustice to African Americans. As a politician, I felt a responsibility to bring equity to my state and our country. In my 1971 inaugural address as Georgia's governor, I said: 'The time for racial discrimination is over.' With great sorrow and disappointment, I repeat those words today, nearly five decades later. Dehumanizing people debases us all; humanity is beautifully and almost infinitely diverse. The bonds of our common humanity must overcome the divisiveness of our fears and prejudices.

Since leaving the White House in 1981, Rosalynn and I have strived to advance human rights in countries around the world. In this quest, we have seen that silence can be as deadly as violence. People of power, privilege, and moral conscience must stand up and say 'no more' to a racially discriminatory police and justice system, immoral economic disparities between whites and blacks, and government actions that undermine our unified democracy. We are responsible for creating a world of peace and equality for ourselves and future generations.

We need a government as good as its people, and we are better than this." 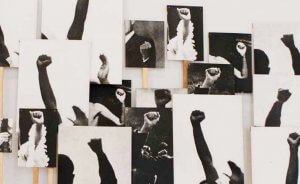 SignUp for the Dailys. Follow DemList on Facebook, Twitter and LinkedIn
We are relying entirely on individual contributions at this time to support our work. Please help with a $15, $25 or $50 contribution!