As we begin the new year, we honor the elected lawmakers and public servants we lost in 2022. 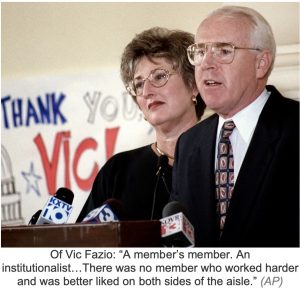 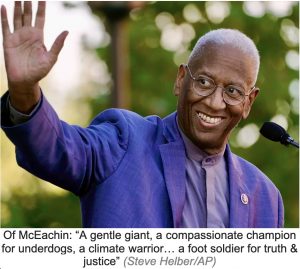 Special Tribute
Few individuals in history are more deserving of the title "honorable" than the late Norman Mineta.

A native of his beloved San Jose, California, "Norm," as he was humbly known to all, was held as a child, along with his Japanese immigrant parents, in one of the United States World War II internment camps that for several years so disgracefully held Japanese Americans captive.

It did not deter his love for his country, however, as some thirty years later, after graduating from the University of California, Berkeley and serving as a US Army intelligence officer, Norm was elected Mayor of San Jose -- the first Japanese American mayor of a major US city. 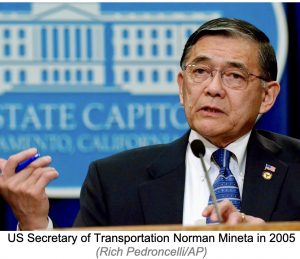 He was elected in 1974 to what was then California's 13th Congressional District and was reelected to ten successive terms with never less than 57%. In Congress, Norm co-founded and chaired the Congressional Asian Pacific American Caucus and served as Chairman of the House Committee on Transportation and Infrastructure.

In 1995 he was tapped by President Bill Clinton to serve as US Secretary of Commerce, making him the first Asian American to hold a presidential cabinet post.

A true diplomat who worked diligently across the aisle, he was appointed Secretary of Transportation under President George W. Bush - the only Democrat in the Cabinet. Bush awarded Mineta the nation’s highest civilian honor, the Presidential Medal of Freedom, in 2006.

I first met Norm personally in 1992 when he served as a mentor to then-Congressional candidate Mark Takano, who was among my early clients. Although Mark lost that race by just 519 votes, Norm remained a guiding force in Mark's life, as he did for so many, taking pride in Mark's election at last to Congress in 2012. 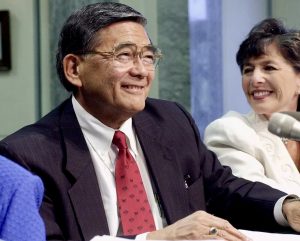 Years later, at a small gathering of top Democratic officials and donors, Norm walked across a room to give me a characteristically warm hug. I was immediately surrounded afterward by a group of people who assumed, by the honor, that I must be someone of great importance to have earned such recognition from the revered man. But Norm treated everyone that way - regardless of their standing.

A true statesman in every sense of the word, he will be remembered for his tireless dedication to his constituents and family, his compassion, intellect and life-long work in demanding justice, freedom, and equality for all people.

Universally respected by all who knew him, Norman Mineta's life was one of public service led in honor. May it be a model for others to follow.