Far too many Americans enter the holidays this season having lost a loved one, a friend, colleague or mentor.

Last Tuesday, the world lost a man who embodied all those attributes with the passing of former Democratic National Committee Chairman and icon of South Carolina politics, Don Fowler.

A native of Spartanburg, South Carolina, Don's interest in national politics was stirred when, as a nine-year-old child on the back of his horse, he witnessed President Franklin Roosevelt's funeral train pass through his hometown. 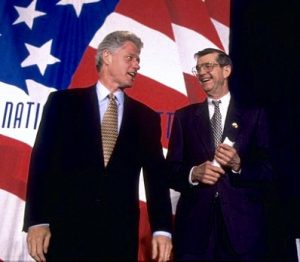 He grew up to serve as chairman of the South Carolina Democratic Party from 1971 to 1980, a tenure bookended by two Democratic governors, John West and Richard Riley, with Republican Jim Edwards winning a term in between.

Don was credited with vastly expanding the DNC's donor and volunteer base, and generating a successful voter drive aimed at bringing African Americans back into the fold of the party.

President Clinton this week called Don "a good man with a sharp mind and a big heart whose life embodied his commitment to opportunity and inclusion for all Americans."

The party was his family, and as DNC Chair he led with passion, purpose and compassion. As a young DNC staffer in 1996, I will never forget the night he called the entire staff together to hold hands and pray following the news that Commerce Secretary and former DNC Chair Ron Brown's plane had crashed in Dubrovnik, Croatia. 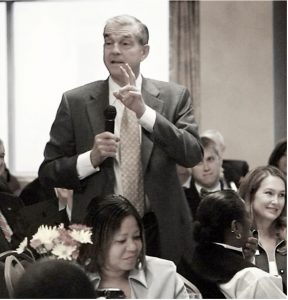 That leadership and inspiration also extended to more than five decades of teaching American politics at the the University of South Carolina and the generations of aspiring politicos he trained in the state. He finished treaching his last class in June, the same week he began treatment for leukemia.

"Dr. Don Fowler was a remarkable South Carolinian who dedicated his entire adult life to teaching young people about the democratic process and encouraging them to become involved in public service," said Congressman Joe Cunningham (D-SC). The state has "lost a giant."

In addition to his contributions to politics and academia, Don served for 30 years in the US Army as an active duty officer and ran a public relations and government affairs firm with his wife, Carol, who herself led the South Carolina Democratic Party from 2007 to 2011.

"Together," said current DNC Chair Tom Perez, "Don and his wife Carol were a dynamic duo who embodied the values of our party, fighting tirelessly to build a better future for working families.

"Weeks before he passed, Don Fowler called me and said four words: 'Put me to work.' Even when he was battling health issues, even when he was tired and it seemed like he'd given our party everything he had left, Don still showed up." 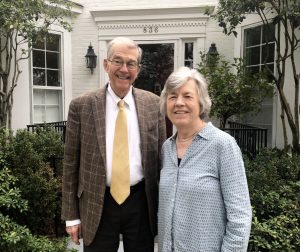 Don and Carol's Columbia, South Carolina home, where they regularly hosted candidates and events, was a mandatory stop for contenders early in the 2020 presidential campaign.

House Majority Whip Jim Clyburn (D-SC), who first became friends with Fowler in 1969, called him "the connector, the one bringing political friends and, sometimes, enemies together. His Southern charm and gentle spirit belied his fierce competitiveness and strength of character."

It was in Fowler's home that Clyburn and his wife first met a young Joe Biden soon after he was elected to the US Senate.

Next year would have been Don Fowler's 50th year as a DNC Member.

Have a Safe and Happy Holiday. DemList will return after the New Year.