Heroes wear many faces, and among the thousands that serve on the front lines every day during the coronavirus crisis, the most visible is that of Dr. Anthony Fauci, the world voice on infectious disease and member of the Trump Administration's White House Coronavirus Task Force. 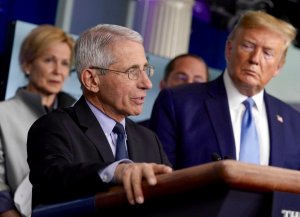 Dr. Fauci has become the "explainer-in-chief" of the COVID crisis

In direct contrast to the President's, Fauci's knowledgable, amenable and humble presentation has captured the hearts of most Americans looking to him as the trusted voice amidst the chaotic, confusing and misleading messages coming out of the administration and, most prominently, Trump himself.

Over the last two months, as the country has painstakingly sat through Trump's daily coronavirus briefings, Fauci has been at the President's side, proffering a scientific and sometimes diplomatic counter to the president's comments.

So essential is his presence in the briefings, that when absent, usually following a contradiction to a Trump statement, fans and lawmakers have called for his reappearance to ensure his safety.

Unfortunately, the cadre of those following also include right-wing conspiracy theorists who have threatened his life, necessitating a 24-hour security detail.

Bio & Background
Dr. Anthony Fauci is an American physician and immunologist who serves as the director of the National Institute of Allergy and Infectious Diseases (NIAID). 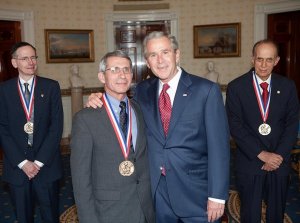 Fauci, 79, is a native of Brooklyn, New York and the son of Stephen Fauci and Eugenia Abys Fauci, owners of a pharmacy. Fauci's paternal grandparents immigrated from Sciacca, Italy to the US in the late 19th century.

Fauci graduated from Regis High School in Manhattan's Upper East Side in 1958, where, despite being only 5'7", he captained the school's basketball team.

After graduating from Holy Cross College with a Bachelor of Arts in classics, Fauci attended medical school at Cornell University Medical College where he graduated first in his class with a Doctor of Medicine in 1966.

He joined the National Institutes of Health (NIH) in 1968 as a clinical associate and went on to Head the Clinical Physiology Section, LCI, before being appointed Chief of the Laboratory of Immunoregulation in 1980, then Director of NIAID, the position he has held since 1984.

Fauci has turned down several offers to lead NIH, preferring to lead NIAID's mission of fighting infectious and immune-mediated illnesses. He has been at the forefront of US efforts to combat viral diseases like HIV/AIDS, SARS, the 2009 swine flu pandemic, MERS, Ebola and, now, COVID-19. 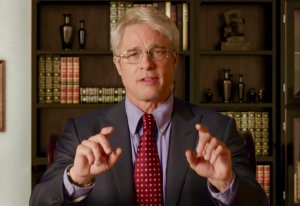 Brad Pitt as Dr. Fauci on SNL: thanks to "all the older women in America who have sent me supportive, inspiring and sometimes graphic emails." (CLICK/Watch)

He has advised six Presidents on HIV/AIDS and other domestic and global health issues, and was one of the principal architects of the President's Emergency Plan for AIDS Relief (PEPFAR) in the early 2000s, a program that has saved millions of lives throughout the developing world.

Fauci was also instrumental in driving development of biodefense drugs and vaccines following the 9/11 terrorist attacks.

In addition to serving on the editorial boards of many scientific journals, he has authored, co-authored, or been editor of more than 1,300 scientific publications, including several textbooks.

Dr. Fauci is married to Christine Grady, who is chief of the Department of Bioethics at the National Institutes of Health Clinical Center, and they have three daughters. Raised a Catholic, he now considers himself a "humanist. I have faith in the goodness of mankind."

In Fauci We Trust
As the nation's top infectious disease expert, Fauci has served as the "de facto" public health spokesperson for the office of the President during the pandemic. 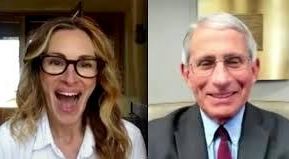 However, as the country has begun to reopen, and the debate has shifted to a more intensely political one, Trump's communications team, which coordinates Fauci's interviews, has kept him in the shadows.

Fauci had been on "modified quarantine" early this month, after possible exposure to the virus at the White House, but was still present at Trump's briefings and testified remotely before the Senate May 12th.

During that hearing, before the Health, Education, Labor and Pensions Committee, Fauci warned Senators against the dangers of trying to open the country prematurely.

Yesterday, in his first national television appearance in weeks, Fauci told CNN that, while the focus of the White House COVID task force has been "shifting somewhat," he is hoping he and other public health officials will be seen more in the coming weeks "so they can get some of the information out, particularly some of scientific issues."

Fauci was also interviewed yesterday by actress Julia Roberts for the One Campaign's "Pass the Mic" initiative, which features celebrities turning their social media accounts to global health experts to discuss the pandemic.

When asked how he was feeling, Fauci said at one point a lack of sleep made him feel "like I was ready to fall apart." Roberts responded, "I am sorry sir, but you are not allowed to fall apart. You are the one individual who cannot fall apart right now," calling him her "personal hero."

We agree on both counts.