Tonight the US House of Representatives impeached President Donald J. Trump for "High Crimes and Misdemeanors" today. Trump is the 45th President, but only the third in US History to be so condemned.

The first Article on Abuse of Power passed 230 to 197, with one "present." The second Article for Contempt of Congress passed 229 to 198, with one present.

There should be no joy or celebration on this solemn occasion, which has further underscored the divisive state of our once-revered country and its highest office.

Impeachment
As members of the House rose to speak thoughout the day-long debate, lawmakers from both sides of the aisle quoted the Framers of the Constitution, and it is to their words that we must turn to remind us of the gravity of the situation, and the bottom line that no man shall "be beyond justice." 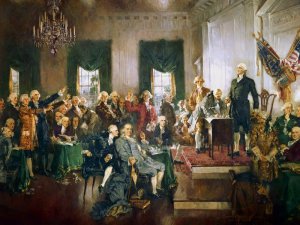 When the Framers debated the words that serve as the foundation of our democracy at the Constitutional Convention of 1787, delegates George Mason, James Madison and Edmund Randolph, all Virginians, led the debate on the terms under which Congress should remove a president from office.

Their original language said an executive would "be removable on impeachment and conviction of malpractice or neglect of duty."

Gouverneur Morris of Pennsylvania moved to strike it, saying if the President "should be re-elected, that will be sufficient proof of his innocence...[Impeachment] will render the Executive dependent on those who are to impeach."

But Mason argued, "Shall any man be above justice...who can commit the most extensive injustice?" If a presidential candidate bribes the electors to gain the presidency, "Shall the man who has practiced corruption, and by that means procured his appointment in the first instance, be suffered to escape punishment by repeating his guilt?"

Madison contended that the Constitution needed a provision "for defending the community against the incapacity, negligence, or perfidy of the Chief Magistrate." Waiting to vote the President out of office in a general election wasn't good enough. "He might pervert his administration into a scheme of peculation or oppression. He might betray his trust to foreign powers." 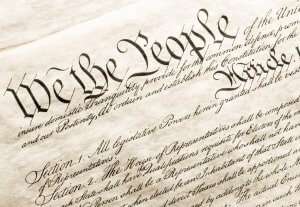 Randolph agreed, warning "The Executive will have great opportunities of abusing his power, particularly in time of war, when the military force, and in some respects the public money, will be in his hands."

The standard for an impeachable offense was among the most debated clauses, with the final language reading that a President "shall be removed from Office on Impeachment for, and Conviction of, Treason, Bribery, or other high Crimes and Misdemeanors."

Although the language was originally approved with the addition "against the United States," in the definition, the Constitutional Convention's Style and Revision Committee, which was charged with improving the final language without changing its meaning, deleted the phrase as an unnecessary addition.

That deletion has since caused a 233-year debate over whether such "high crimes" means those literally identified in criminal law or as subversion against the Constitution and the integrity of government.

Today, the House rendered its verdict.

Conviction
While the President has now been impeached by the US House, it is up to the US Senate to convict him in order for him to be removed from office. 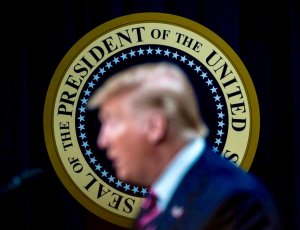 Under Article 1, Section 3, Clause 6 of the US Constitution, "The Senate shall have the sole Power to try all Impeachments ... When the President of the United States is tried, the Chief Justice (of the Supreme Court) shall preside: And no Person shall be convicted without the Concurrence of two thirds of the Members present."

As the Constitution does not define the terms of the "trial," a majority of senators need to agree on the rules. The case will be tried by "House Managers" and, unlike the House impeachment which requires a simple majority, it will take a "supermajority" of 67 Senators to vote to convict Donald Trump.

Congress will recess this Friday for the holidays and reconvene January 7th, when it will begin the second phase of this historic process.