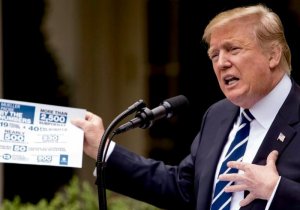 Trump at pre-staged press conference in Rose Garden after walking out on Democrats, calling himself a "stable genious" (pic: AP/Andrew Harnik)

Trump stormed out of a meeting on a bipartisan infrastructure bill with Democrats at the White House yesterday, saying he won't work on the bill until Democrats end their "phony investigations."

The tantrum followed earlier comments by Speaker Nancy Pelosi that accused the President of a "cover up." The President and the White House have refused to comply with numerous subpoenas from Congress requesting information and testimony.

If Trump won't work on any bipartisan legislation unless his demands are met, then it means a halt to months of negotiations between Congress and the White House on infrastructure, the budget, the Mexico-Canada trade deal and the much needed disaster relief package, among bills.

Impeachment
The House of Representatives has the sole power to impeach a president, but removal from office is contingent upon trial and conviction by the United States Senate.

Think of Impeachment by the House, which requires a majority vote (51%), as an indictment in regular court proceedings.  If the motion, or indictment, passes, then it goes to the second stage of a trial before a judge and jury, which is the Senate's role, and requires a 2/3 vote of those present to convict and remove the president from office. 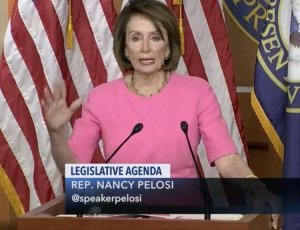 Pelosi: The President pulled "a stunt"

Only two US Presidents have been impeached: Andrew Johnson, in 1868, for violation of the Tenure in Office Act, and Bill Clinton, 1998, for perjury and obstruction of justice.  In both cases the Senate failed to convict. No US President has been removed from office by impeachment and conviction.

The Debate
In her weekly press conference today Pelosi lamblasted the President's actions, saying "I pray for the President of the United States. I wish that his family or his Administration, or his staff would have an intervention for the good of the country."

Pelosi has come under fire herself for pushing back on the heightened calls for impeachment until the current investigations are completed and can provide evidence of "something so compelling and overwhelming and bipartisan."

Her methodical approach also takes into account concerns over a potential backlash from a weary and overwhelmed public who, according to recent polling, oppose initiating impeachment proceedings by 65%.

The ensuring "divisive" drama would also distract from the real issues facing the country and consume the nation going into 2019 elections and 2020 presidential. Then there is, of course, the unlikelihood of pushing a conviction through the GOP-controlled Senate.

But as the evidence, suphoenas and allegations continue to mount against Trump and his administration, so does the outrage. In addition to the growing chorus of impeachment calls from now 39 members of Congress, including one Republican, outside voices are getting louder. 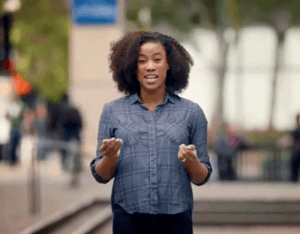 Billionaire Tom Steyer, who launched NeedtoImpeach last year, came out with another television ad last week featuring members of the public angry over Trump's actions and the lack of action by Congress.

In a recent interview with WGBH, Steyer said, "We are pushing as hard as we can to get the information to the American people ... because that's who deserves to actually make (this) decision and control what happens in the country."

The Alternatives
Pelosi's reference to an "intervention" touches on another option for ousting the president -- removal by the Cabinet.

Originally intended for transfer of power to address illness in office, the 25th Amendment to the Constitution allows for a sitting vice president and a majority of the executive branch's cabinet to, upon agreement, transfer power out of the hands of a sitting president. 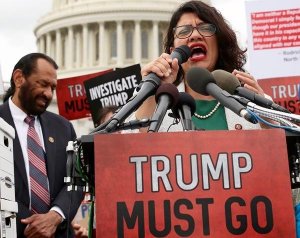 Should something cause Mr. Trump to leave office before his term is out, the White House goes, in order of succession, to Vice President Mike Pence, Speaker of the House of Representatives Nancy Pelosi, then President Pro Tempore of the Senate Chuck Grassley.

A coup by the Vice President and the Cabinet is highly unlikely, leaving the battle over the President's constitutional powers and unprecedented challenges to Congress' authority up to the courts.

Similary, a federal judge in Washington ruled against Trump's efforts to block another congressional subpoena requiring his accounting firm to hand over his tax returns.

In the interim, however, the GOP-controlled Senate is continuing to approve more conservative appointments to the court.

One way or another, time is running out.

August 16th 2016 The Presidential election has hit the airwaves in full force – aided in no small part by SuperPACs and outside organizations. The Clinton campaign ran its first general...

February 4, 2021 The confirmation process of Joe Biden’s Cabinet, the most racially diverse in history, is well underway, with six members having been confirmed and another 18 waiting in the...