At 4:37pm today, one week after the deadly assault on the US Capitol, the United States House of Representatives impeached President Donald J. Trump for "high Crimes and Misdemeanors," forever cementing his name in history as not only the third President in US history to be impeached, but as the only President to be so condemned twice. 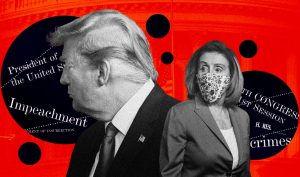 Trump: Architect and Instigator of the Assault on the Capitol (Image: NBC News)

Ten Republicans joined the Democratic majority in passing the resolution 232 to 197.

The swift action by Congress comes amid the national and international outcry over the President's role as architect and instigator of the seige by his supporters of the US Capitol building last Wednesday -- one that resulted in the deaths of five people and injury to dozens more.

As new daily media footage and intelligence information reveals the depth of the danger and damage to our democracy, so has the increasingly bipartisan call for Trump's removal from office. 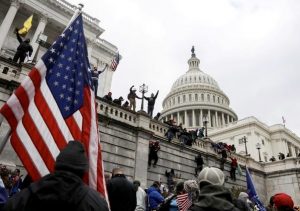 The document also cites Trump's "prior efforts to subvert and obstruct the certification of the results of the 2020 presidential election," including his threatening phone call to the Georgia Secretary of State '"to find' enough votes to overturn" that state's presidential election results.

The Trial
Under the Constitution, the article of impeachment now goes to the United States Senate for trial and potential conviction. 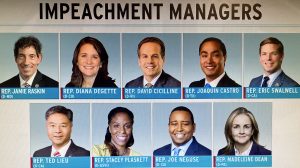 According to the New York Times, Senate Majority Leader Mitch McConnell has privately said he believes the President committed impeachable offenses and that he is pleased with the move to impeach Trump, believing that it will make it easier to purge him from the party.

McConnell, however, announced today that he will not call a special session to conduct a trial before Senators are scheduled to return to Washington on January 19th, one day prior to the inauguration of Joseph Biden.

That means the Senate will be conducting a trial after Biden and the new Senate are sworn in.

On Monday, Biden reportedly spoke to McConnell to ask whether it was possible to set up a dual track that would allow the Senate to confirm his Cabinet nominees and hold a Senate trial at the same time.

A two-thirds vote is required to convict Trump. If the Senate were to vote to convict, they could then proceed to a simple majority vote on whether to bar him from holding federal office in the future. 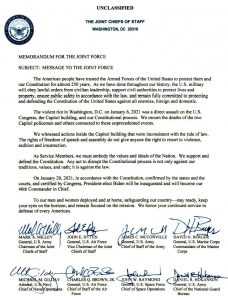 On January 20th, the boss's name is Joe

In anticipation of today's vote, Democrats announced the team of House Impeachment Managers that will argue the case during the Senate trial. Pelosi has not indicated when the House will send the article of impeachment to the Senate.

In the interim, the FBI has warned that protests are being planned in all 50 state capitals and Washington, DC in the days leading up to the inauguration, and this week the Capitol police briefed members of Congress on new threats against them by "domestic violent extremists" and white supremacist groups.

The memo reminds service members that, in accordance with the Constitution, on January 20, 2021, "President-elect Biden will be inaugurated and will become our 46th Commander in Chief."

Go to the DemList Inaugural Calendar for all information regarding the 59th Presidential Inauguration.

November 30, 2022 Now, three weeks after the 2022 midterm elections, a handful of key races at the federal and state level remain uncalled. The Undecided US Senate: 50 Democrats to 49 Republicans...