While the country continues to ride the daily rollercoaster of the Trump Administration, the Party Committees are focused on the 2018 battles for control of the House and Senate -- and helping individual candidates balance national events with their voters at home.

Whether disatisfaction with Trump or Congress, the electorate has shifted, as have pundits' recent House seat ratings, giving Democrats increasing hope of taking back the US House of Representatives -- and recent Republican retirements bring them one step closer to their goal. 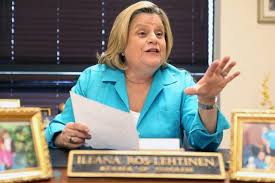 Bridenstein, Duncan and Johnson's seats are considered solid Republican, but the rest are considered in play, with Ros-Lehtinen's is favored at the outset to go to a Democrat.  On the average, since 1976, 22 Members have retired each election cycle.

Another six Republicans have announced departures to run for higher office, all - at this point - rated as strong GOP holds. 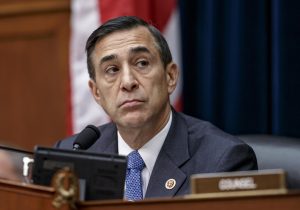 Mid-Term Advantage
Dems already have an historical advantage - in that the party outside the White House averaging a pick up of 28 seats in mid-term elections.

Special Elections
Although the five Congressional Special Elections (4R, 1D) so far this year did not flipped any seats, the narrow victory margins in the traditionally Republican seats are an indication of voter discontent with the White House.  Dems came within 7% points of winning in three states where Trump beat Clinton last November by 18+%.

Fundraising
Dems are also buoyed by their fundraising success. The Democratic Congressional Campaign Committee(DCCC) raised twice as much in July as the NRCC - the third month of outraising their Republican counterpart. It brings yearly totals to $66.2 million for the DCCC to the NRCC's $63.9 million.

For a look at the most vulnerable Republican seats, to follow are the Cook Political Report's September 2017 ratings.

Next Up:  The breakdown on Democratic House seats!